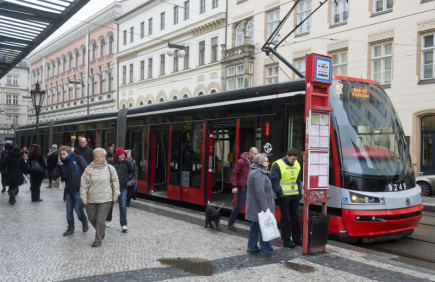 Prague – Prague City Hall wants to reduce the public transport tariff for students and seniors from 1 September 2018. They pay 1280 crowns per year. The city council annually issues approximately CZK 208.5 million. This is evident from the material that is now available for politicians and civil servants and that is available for CTK. Now, students pay 2400 crowns for a 10-month discount coupon and 1100 for a five-month coupon. The loss covers the municipality of its money. The discount has to be approved by the city councilor of Prague next week. The intention follows the intention of the government to travel for free on the railway for seniors and students.

"After the council did not approve the reduced rate for students and seniors for an amount of 365 krones, I was looking for a way also with regard to the government's proposal," local deputy petitioner Petr Dolínek (CSSD) told CTK.

Students and seniors can buy three types of vouchers at the same time. The first is monthly for CZK 130, quarterly for CZK 360 or annually for the mentioned 1280 crowns. Students can also pay the discount voucher for holidays. Up to now they have been able to buy up to ten months.

Coupons always have two forms, either with a free choice or from the first of the month. They can not buy the coupon earlier than 60 days before it enters into force. At the same time, the discount coupons of five and ten months are canceled.

From September to October, the loss would amount to about 88.9 million crowns. The biggest loss is the DPP, which amounts to approximately 83.6 million. The remaining money will be paid to other bus companies and ferry companies. "The coverage of the resulting tariff loss of 2018 will be refinanced by carriers once the sales figures have been evaluated," the document said. The loss for 2019 will be included in the draft budget for next year. As far as the tariff is concerned, the Prague transport company (DPP) opts for around four billion kroner annually.

The discount for students and seniors was once determined by the city. The city councilor in Prague in mid-June rejected the proposed tariff reduction for students aged 15-26 with 365 crowns per year. On the contrary, they agreed to buy a regular annual coupon in installments.

According to the document, the government's program reservation says that the government allows students younger than 26 and over-65 to travel around freely by train. In the integrated transport of Prague, the connections to which the discount applies are included. "Because Prague and the Central Bohemia region are building a common integrated transport system, it is imperative that the discounts are as consistent as possible," writes the material.