Reconstruction of the National Museum: impressions of the occupier of August 1968 remained in the façade

The construction of the National Museum by architect Josef Schulz was opened to the public in 1891 and became the dominator of Wenceslas Square. Events in the 20th century have left many traces. During the Prague uprising, on 7 May 1945, the air force was defeated and on 21 August 1968 Soviet soldiers severely damaged the main façade, and the left corner tower disintegrated in 1978. The National Monuments Institute declared that the façade of the building also the earlier repairs and the methods with which they were made noticed.

In one of them, in the middle of the last century, renderings were painted on the facade, but only a few stone elements were cleaned. According to custom, restorers of sandstone and sculpture columns above the main balustrade and the entrance were artificially blackened. The reason was to cover all repairs by cement fillers. 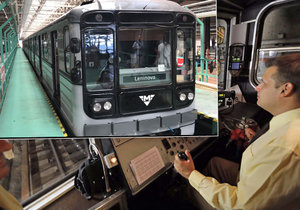 Repairs on the facade damaged by the shooting of the occupation of the Warsaw Pact troops took place between 1971 and 1973. The traces of the missiles on the plaster were repaired by making new plasters. Rectangular beds were cut on the stone parts and seals of the same type of sandstone were placed. For a better optical connection, the columns were artificially cloudy, the NPU said. However, the darkness did not stick to the new stone, so all repairs quickly became noticeable.

At simultaneous restoration, plaster and stone surfaces, including all sculptures, were missed. A shade that does not match the color of the new stone, but the predominant shadow of the original stone, which is stripped of most impurities, is applied to the coating of the plaster parts. In the color of a new stone, that is light, only the original stamps are retained after the damage has been repaired by shooting in 1968.

The very clear contrast between the original stone parts and the previously enclosed fillings of rockets has been wiped away after cleaning the façade. But in order to remain completely unaffected and preserved, the restorers kept the color difference of these places and united them.

The architect, historian Zdeněk Lukeš, criticized the current form of the façade. According to him, the bullets of the occupying armies of August 1968, the communist normalizers tried to disguise themselves at the beginning of the 1970s, but the restorers made their deliberately miserable work. "The holes were filled with seals, both of which were more pronounced than the original holes, and they went away," Luke wrote Lidové Noviny on Saturday.

In Luke's current reconstruction, these places were sufficient to be preserved and remembered. It was cut instead and replaced with a perfect stone seal, the historian said. "On the facade it turns out to be small squares or ribbons to mask bullet holes, but it is not clear at all. It just looks like a pest from a damaged site that has been routinely completed. Restoring the status of 1968 may not be possible,"Luke said.

The National Museum now participates in the commemoration of the 50th anniversary of the occupation. After several years of reconstruction, the historic building will be partially accessible on 28 October, on the anniversary of the birth of Czechoslovakia.