Sadness in the zoo. They spent the oldest gorilla in Europe and lived in the Czech Republic 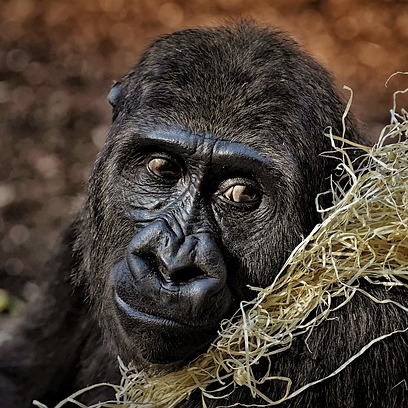 At the zoo in Nuremberg on Monday, they spent the oldest gorilla living in Europe. Fritz was born in Cameroon in 1963, and the nurses decided to sleep because of a high age and associated weakness, DPA reported. In the 1980s, a gorilla male also lived for two years at the zoo in Dvur Kralove nad Labem.

Fritz was, according to Nuremberg Zoo, at the age of 55, the oldest of its kind living in European gardens. From Saturday, according to the nursing staff, he was still weaker, unable to move himself, and given the lack of prospects to improve his condition, the veterinarians decided to spend it.

Fritz, who came to Cameroon for the first time in 1966 to the Hellabrunn Zoo in Munich, and four years later to Nuremberg, had a total of six offspring – two females and four males. Currently, fourteen of his grandchildren live in Europe.

Outside the zoo in Nuremberg, Fritz had only doubled since the beginning of the 1970s. From September 1984 to January 1985 he lived in a zoo in Berlin and from July 1986 to November 1988 in a zoo in the East Bohemian zoo in Dvur Kralove nad Labem.