Since September, the amendment to the Law on Accelerating the Construction of Electronic Communications Infrastructure will become applicable 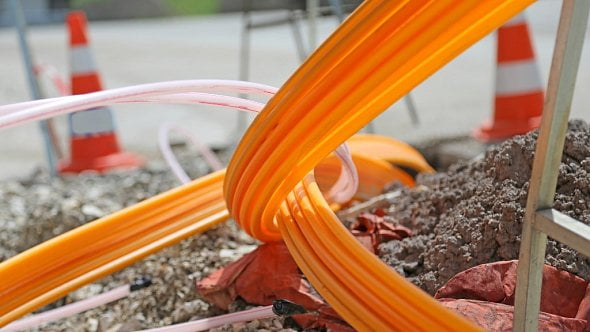 Part of the adopted amendment is a list of transport facilities that will facilitate the expropriation of land required by an interim decision. The proposal also includes a newly introduced fiction of consent that allows quicker action by competent authorities to act more quickly.

One of the critics of the amendment is the senator for the green and former constitutional judge Eliška Wagnerová, who believes that its wording will sooner or later be reviewed by the Constitutional Court. The aforementioned provisional decision, which relates to special constructions, does not satisfy the general requirement of the law. Her party colleague Ladislav Kos during the debate, immediately warned that the law restricts the rights of citizens.

The new wording, which should take effect on the fifteenth day after its announcement reducing the bureaucracy associated with the construction of underground electronic communications networks, and also shortening the time needed to obtain the necessary permits to build the network and use accordingly.

According to the vice-chairman of the Czech Electronic Communications Association Peter Josefi the proposed amendment is an important step in the right direction.

Speeding up the construction of fast electronic communications networks is a prerequisite for the digitization of the public and private sphere and the competitiveness of the Czech Republic, so we welcome the approval of both chambers of Parliament and the publication in the set of laws, explained Josef.

The Association of Electronic Communications appreciated the pragmatic approach of the proposers of the draft amendment and the expertise with which the amendment of the law was discussed. In his opinion, a new amendment to the law is based on a general regulation that is contained in the building law, the expropriation law and other statutory regulations.

Although these general rules have recently been amended in order to streamline the procedures of the administrative authorities so that the necessary permits for the construction are simpler and faster and the applicants or the administrative authorities themselves are not burdened, the question of the construction of transport infrastructure is specifically that neither the existing regulations in the Act No. 416/2009 Coll., Neither the newly introduced or modified institutes in the general legislation, particularly in the building legislation, do not lead to optimization of the licensing and property preparation of buildings, in order to sufficiently accelerate them, writes the declaration of the association.

More efficient use of easements

Another area that, according to CAA representatives, leads in practice to unnecessary administrative burdens, is to determine, change or abolish rights corresponding to the easements or building rights required for the construction of infrastructure, in particular the procedure leading to the determination of the compensation for these rights.

"The purpose of the new legislation is to make the licensing process more efficient in the main transport infrastructure and electronic communications infrastructure, while maintaining the adequate ability to defend its interests for all the entities involved," he added. Michal Frankl, Member of the Board of Directors of ČAEK.