Snacks from parents. OK or wrong? they ask more and more popular kindergartens 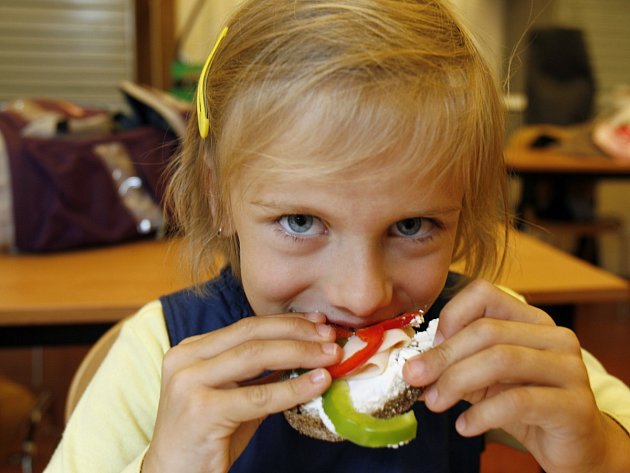 About forest nursery is interested in South Moravia. The authorities are now dealing with whether or not to eat food in the house.

The Breclav Forest Preschool of Sverige has a second year of exploitation in prospect. Lucie Brandalik sends her two daughters to her. Ensures that children have a healthy snack. They prefer them alone. "I choose quality and a varied diet," said the woman.

The Forest Nurseries Association recently warned that inspectors in some forest nurseries had problems with home-cooked meals. "Some interpretations are not allowed and in four South Moravian nurseries they were very surprised to hear from the inspection that they had violated the eating rules," Tereza Valkounová, a legal representative of the association, told the Rovnost Daily.

The regional hygienist, Marcela Hadakova, said that the kindergarten, as well as the classic, school lunches must provide the law. "It can be offered in other school catering companies or catering service providers, for example in the form of catering," said the hygienist.

According to Valkoun, the representatives of forest nurseries are not sure whether the food in the box is allowed by parents or not. "There are no clear rules for home catering, but the last discussion with the Czech School Inspectorate has moved the problem, and food from parents should not be a problem," he says.

Forest nurseries
∙ In the South Moravia region, eight forest nurseries are registered in the school register. Others work as clubs or clubs whose operation is covered by private money.
∙ The emphasis is on the presence of children in nature and education outside the classroom, usually in the forest. As a resting place for children, they serve yurts, cabins or caravans.
∙ Forest nurseries are legally obliged to give three meals a day to children. He now resolves disputes with health officials and school inspectors about whether parents can prepare their own snacks themselves.

In South Moravia, eight forest nurseries are now registered in the school register. They are subsidized more and controlled more strictly by the government. Surveillance also focuses on diets, regardless of whether they meet nutritional needs.

Břeclav Kindergarten Squirrel was not asked to register after the first year of her work. "There would be an administrative burden," explained one of the teachers, Filip Šálek.

Children spend time in nature, sheltered in a traditional Mongolian home – jurtě. "It's unrealistic to have the kitchen here, kids have snacks from the house and parents have agreed that lunch will take them from the local vegetarian canteen," said Cuple.

In Brezina near Blansko there is a Dobrodai forest nursery for five years. "We have fifteen children in the classroom who are full, this year's interest was so great that we had to reject some children," summarized Vera Kelbová, the president.

According to her, combining outdoor activities and meeting all the hygienic regulations that apply to classic nurseries with different backgrounds are demanding. "We have no problems," Kelbl said.

In Kyjov in Hodonin parents can send their children to kindergarten for pre-schoolers. Two days a week. & # 39; & # 39; In the mornings and in the afternoon, snacks are provided by the parents. We import lunches, sometimes children with educators will prepare something from their own raw materials, "said the president of the kindergarten Žaneta Brhelová.

EXAMPLE OF THE BOOKER
DOMINIKA SVOBODOVÁ