The bees slept in the spring. Honey will therefore be less than normal 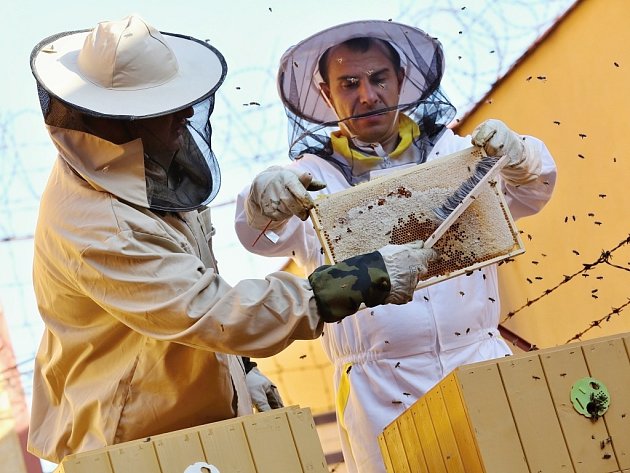 Northern Bohemia – Beekeepers fear that this season will bring less honey than normal.

"Some of our members have reported a record amount, but I fear that the results will be below the average in the Czech Republic," said the manager of the Association of Immersions of Prague, Augustin Uváčik, to the Daily.

Even worse, the processors see honey. They even worry that production will be more than half that of the current years. Last year's harvest reached 9365 tons. In the past quarter 1997 was the weakest year, when only 4532 tonnes of honey were produced in the Czech Republic.

Bees are better attuned to the changing spring weather this year. Even at the end of March there were ten degrees of frost, so the mothers in the bee colonies did not lay eggs.

Colonies began to grow more slowly than flowers after the subsequent warm-up. The bees need three weeks to grow out of the eggs to fly to nectar.

ERROR OF A GENERATION

"The result was that a whole generation of bees was missing during the flowering of fruit trees and rapeseed in bee colonies," said Milan Špaček of Medokomerc, the largest domestic honey processor. 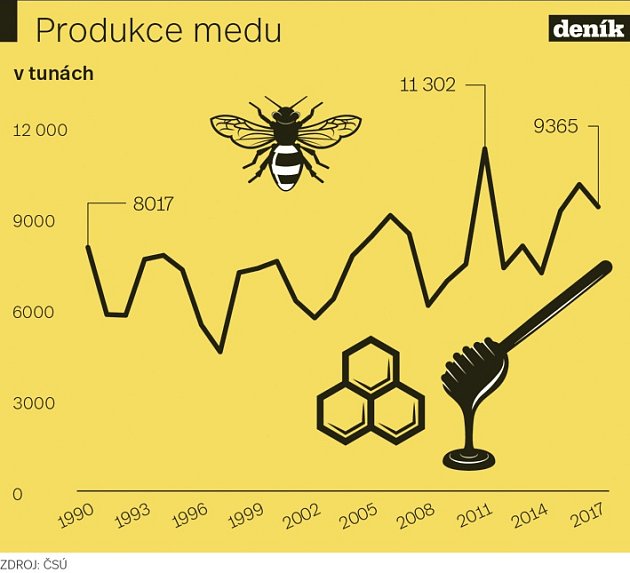 The situation for beekeepers and farmers was further complicated by drought, so even the plants did not have much nectar.

On the contrary, good news for consumers is that this year's honey will be good. "Honey from years when it is weaker is nicer," says Spacer. This is because such honey contains mixtures of nectars from several plants, compared with regular crops, when much honey is of one plant species.

For the quality of honey, people will have to pay extra. "This year, Czech honey comes with 15 percent of the cost of the purchase," Špaček said.

According to Uváčik honey from beekeepers is about 150 to 180 kroner per kilogram in the country, and it is still a bit more expensive in Prague. "It is not only because the beekeepers in Prague have a permanent market, but their honey is also better," he said.

Bees in the city take nectar from parks and ornamental flowers. Gardeners do not use pesticides and herbicides to treat them, unlike farmers who spray their crops in the country, especially rapeseed.

In some cities, honey is contaminated with heavy metals from autoremblocks. "However, there was nothing in Prague, not even with random checks," said Uváčik.

Customers even beat it, because beekeepers usually want to have money quickly and sell honey after they have been called – either with the consumer or to buy out. "If they hide it before Christmas, or even before the early spring, they can get 200 crowns in Prague, even more," added the beekeeper.