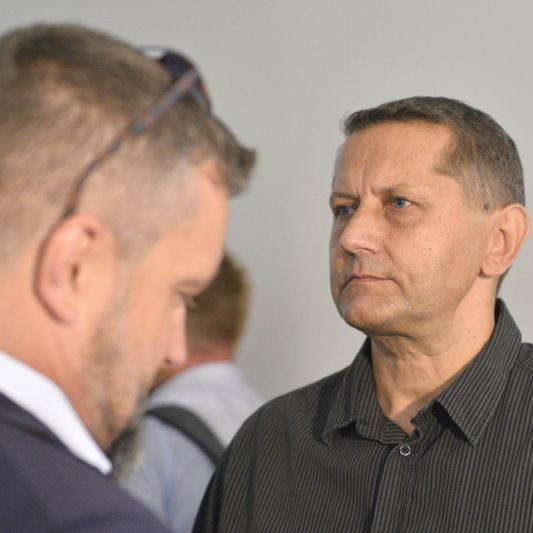 The commander of the regional intervention unit, Josef Němec, before the court supported his subordinate judge for abuse of the authority of a public person. The police officer tried last September to have a weapon in hand against a driver of a passenger car. His supervisor in the court said that the intervention was adequate. There was nothing to say besides the mean words, he said in court, a German who went with a riot police officer.

Police spokesman Vladimir Slavotinek filed a lawsuit against the driver of a passenger car in the busy Karlovarská street in Pilsen. The prosecutor said she could hit the head or hand and drop a mobile phone from her hand, call the emergency line and ask for help. One to five years in prison or a ban on activities. The German said that he had not seen his subordinate in physical contact with the driver. On Tuesday, Slavotinek denied it too.

According to the attacker's agent, a risky black-mercedes-free ride, without any signs, limited the delivery of the wheelchair, he wanted to warn them and so he had them. The policemen then called him to stop and blocked his way at the intersection. They both came in, Slavotinek demanded evidence of weapons in his hand. According to the wounded and his lawyer, the police officers dragged the men violently out of the car and during the proceedings they were tortured with disdain. The defendants confirmed the report and the defendant.

The German repeated Slavotín's testimony when he declared that the first impulse to prosecute the driver was his approach to the police car.

This was denied by both the driver and his lawyer Ronald Němec, who said he did not even record the incident that the attacker filmed with his car camera, Tuesday he spoke in court and then appeared in the media.

"Our car has been attacked several times (damaged) by the top right corner of our car and then hastily overtaken and closed on the right lane," said Josef Němec. Policemen, he said, launched the beacons and inscriptions POLICE and STOP. After stopping and legitimizing the German driver did not complain and agreed that he would write a protocol to the district office.

In the end he did not turn around and the police did not follow him. "I described the entire event to the Operations Center and agreed to write the protocol after the procedure," said the German. Slavotínka was told that they were deployed at a criminal police unit where a dangerous perpetrator from Slovakia had to be detained for the kidnapping of a child.

The case was investigated by the General Inspectorate of Security Corps, who stated that the police would have to litigate. Slavotinek was at that time deputy commander of the unit of intervention. Now he is on study trip to the headquarters of the county police with a lower fee. Josef Němec, who is the head of the intervention unit in the 13th year, did not conduct a criminal investigation and remained in office. On Thursday he said that he was disciplined, but not yet legally governed. The officers consistently said they did not consider an apology.

According to Judge Lucia Bockova, the hearing will be continued on 25 September with the expert's investigation. The judgment must be submitted on 27 September.