The court rejected the charges of Libor Jouk and Jan Mík. But the case does not end 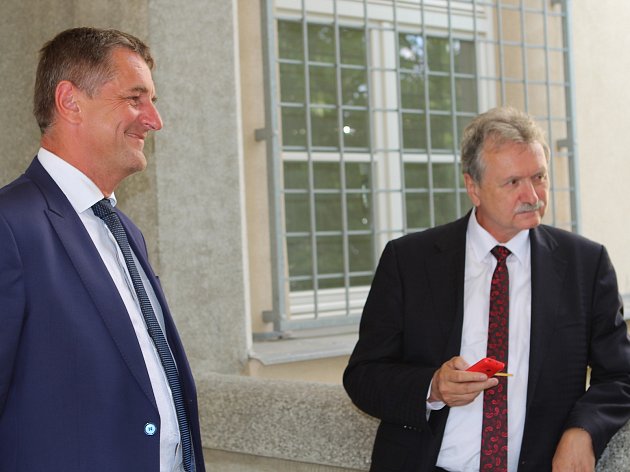 Jihlava – The district court in Jihlava Thursday released the charges of the director of regional road owners Jan Mik and the former regional politician Libor Jouk, who allegedly manipulated the public policy for gritters for regional road authorities in 2009.

According to the complaint, they have done everything to let Iveco win. Moreover, it should be a financially disadvantageous transaction. The purchase of twenty-eight scrapers would be overtaken by approximately thirty-three million crowns.

"The court took the view that the act described in the indictment was, but it is not a criminal offense," said President of the Senate Zdeněk Chalupa. The judge ruled that the evidence in the main proceedings had not changed in any way compared to the situation when the criminal prosecution had been stopped.

Libor Joukl admitted that he expected the release order. "As soon as the accusations were made that other companies could not enter the tender, the whole charge collapsed like a card building," Libor Joukl told the reporters after the verdict.

Although he was optimistic after a verdict, he realizes that the whole thing has not yet been completed. The reason is the position of the public prosecutor Kamil Špelda, who immediately appealed. According to him, the court did not assess the evidence as a whole.

So the judgment is not final yet. The whole matter has yet to be settled by the regional court in Brno.

Libor Joukl also noted that the case had hit him professionally and personally and thanked his family and friends for their support.

Jan Mika was happy with the verdict and, like Joukl, he expected the verdict.

"I have noticed the cause by distracting some people who no longer trust me, but real friends have been there from the beginning, I am convinced that I have never made a mistake, on the contrary, from the beginning legality and I will continue to do so, "said Jan Mika.

The debtor's sentence was to make Mike feel like a real cleaner when Judge Chalupa justified his decision and found, among other things, that the steps Mika did in the context of the contract were in most cases correct.

Mike's persecution, for example, read that he did not advise the opponents that the most suitable would be if the fleet were to be gradually renewed, not a one-time purchase of twenty-eight cars.

"It was clear to the court that the technology was outdated and pitiable, if it were to change gradually, there would be a risk that road maintenance would not be adequately guaranteed and that it would be more expensive." So the bulk purchase of new technology was quantities the right management decision, "Judge Chalup said. According to him, none of the accused did not commit any crime, on the contrary, they tried to enable the regional government to carry out its work efficiently and safely.

According to the process, Mike and Joukl took care of manipulating the contract by imposing discriminatory conditions on other companies and compelling the evaluation committee to continue the contract, even though the opponents criticized the contract.

"The Office for the Protection of Competition stated that the technical conditions were not discriminatory and could be met by other companies, the same was found during the test," explains Zdeněk Chalupa. According to him it was not possible to cancel the engagement only because someone did not like it.

The court also commented on alleged damage. Here was the forensic expert. According to him, vehicles were overloaded with about 33 million crowns. During the trial, however, it became clear that the expert had set the prices without extra costs. According to the court, the expert was also incompetent because he had no specialization in the valuation of motor vehicles. Other experts finally came to the conclusion that the price of 128 million crowns was common at the time and place.

In the last speech, the public prosecutor came up with the version that the damage is even about one million crowns higher and should be the margin that the winner of the contract Parga-Export.

According to Plaintiff, it was a net profit for which the contracting authority (the Vysočina region) had no added value. But the argument was also rejected by the court, and said that financial transactions did not mean that the defendants had anything to do with this money and could even go for corruption. The applicant argued that Joukl, as the then Deputy Transport Director, contributed to the fact that Iveco had won the contract. It could be the case, but there is no evidence.