, The desire for freedom and democracy has been preserved. "Tusk and Juncker remembered the occupation of Czechoslovakia | world

Brussels / Prague The desire for freedom and democracy has survived the invasion of troops of the Warsaw Pact and forms the core of what Europe is now connecting. On the 50th anniversary of the invasion of Czechoslovakia on Twitter, the European Council President Donald Tusk wrote. President Jean-Claude Juncker of the European Commission described the end of spring in Prague as one of the most tragic episodes in the history of modern Europe. The events of August 1968 are also commemorated by the President of the European Parliament Antonio Tajani or the leader of the largest faction of the European People's Party Manfred Weber.

"Fifty years ago, the Soviet invasion of Czechoslovakia destroyed Prague's spring, but the desire for freedom and democracy has survived and forms the heart of what now connects Europe," wrote Tusk.

Fifty years ago the Soviet invasion of Czechoslovakia was crushed #PragueSpring. But the desire for freedom and democracy has been preserved and is the essence of what unites Europe today.

"This anniversary reminds us of the tragic loss of life, and we forgive the courage and heroism of those who defiantly stand up against tanks and weapons, many of whom were students," Juncker said. But according to the President of the European Commission, it is also worth remembering that it is necessary for freedom and respect for human rights to fight every day.

According to Tajani, the "tragedy" of the occupation in August is a sign that, especially for young people, freedom is not self-evident and there is no alternative to a united and successful Europe. Head of the European People's Party Weber has added twitter articles on Tuesday in Czech and Slovak. "Remember with regard to the victims of this sad event and to those whose subsequent normalization has destroyed lives, and let us not abandon history," wrote Weber.

The view of the Soviet tank in front of her house was marked by one of her oldest memories by the Czech Commissioner Vera Jourova. "… it will affect you all your life, so I regard the defense of democracy as the biggest task for us: Czechs, Slovaks, Europeans," she said on Twitter. 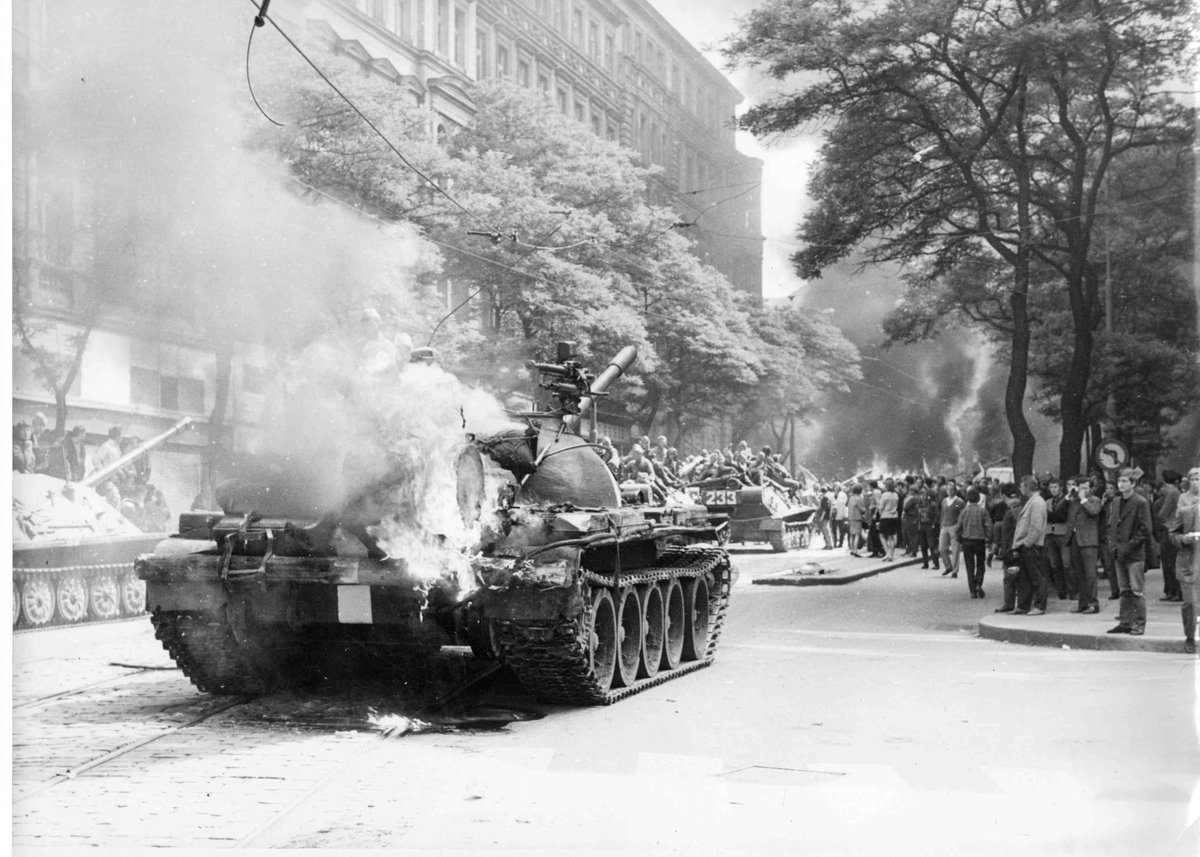 Today, Czechs and Slovaks remember the occupation of the republic in 1968. A Soviet tank on my doorway is one of my earliest memories, it affects you for life. That is why I consider defending our democracy as the biggest task today, for all of us: Czechs, Slovaks, Europeans. https://t.co/xJ6bmrVKur

"On the day exactly 50 years ago, the Red Army crushed the hopes of Czechs and Slovaks seeking freedom and democracy, Europeans must now stand together and reject a new wave of authoritarian influence that will undermine our society again", wrote the Belgian MP and former Prime Minister Guy Verhofstadt, who also heads the European Parliament of the Alliance of Liberals and Democrats for Europe, on Twitter.

According to the former Slovak Prime Minister Mikuláš Dzurinda, the 50th anniversary of the invasion is "for Czechs, Slovaks and many other unrelenting memories that their future is connected to the West".

French President Emmanuel Macron did not comment directly on the birthday, but on Twitter he shared a statement from the French Minister for European Affairs Nathalie Loiseau. "50 years ago the Prague spring was crushed, and Europe must never forget to defend its values ​​of freedom and the rule of law," wrote Loiseau.