The economy hates radical leaps, he said to the ČSSD and ČMKOS proposals on the growth of minimum wages trade union worker Dufek – ČT24 – Czech television 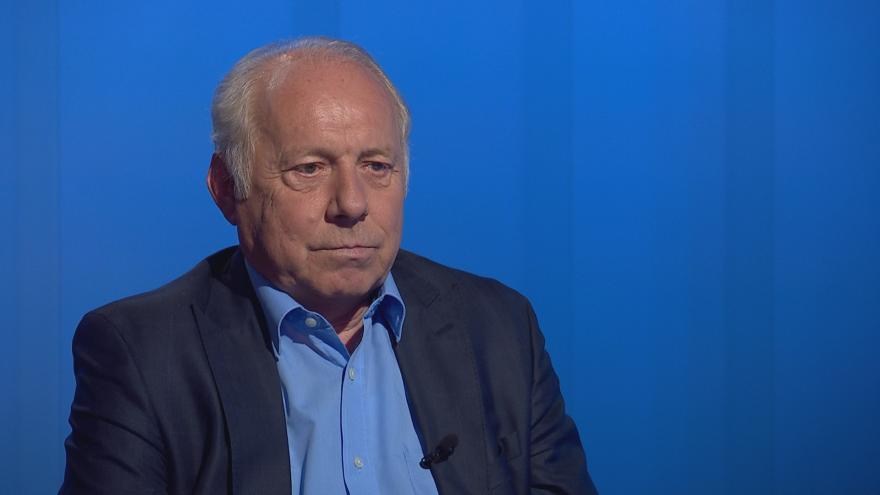 ASO Dufek, the forerunner of Friday's Interview CT24, called the views of its trade unions – every year a minimum wage increase by a thousand. Should this happen next year, this wage would be 43.5 percent of the average wage. If the increase were to remain at the same rate during the current government, that would be 46 to 47 percent, Dufek said.

The idea of ​​a jump growth, as presented by Malačova, is not good for the Czech economy and for the companies, "although we all want the minimum wage to be steeper than in the past for the top ministers Topolánek and Nečas (both ODS) crown".

But the economy does not tolerate radical leaps and he prefers to keep more jobs than to start a minimum wage. "Increasing a minimum wage in two years means that a large amount of money is just outside the economic reality," he said.

He has a different opinion than the trade union leader. And because ASO represents smaller companies, smaller trade unions, while ČMKOS represents large trade unions. "Mr. Medulla is trying to dictate some things instead of preferring to exceed his threshold and is trying to be an economic realist, not an optimist. & # 39; He pointed out that this was also influenced by central political ambitions. He also noted that both trade unions had in the past consulted their views on this issue, although their proposals were different. It did not happen now.

Dufek: The jump would destroy the disabled

Dufek said the rise in the minimum wage would drag the other wage classes, but it would take away the jobs of people who are unable to create such economic performance. For example, he mentioned physically disabled people. He added that in small towns, villages, small businesses, agriculture, construction or tourism, it is not possible to put pressure on the growth of labor productivity.

Chief of industrialists, Hanak, said Thursday in the Thursday 24-hour interview that the minimum wage in the Czech Republic includes 131 to 135 thousand people (three to four percent of the total number of employees). He stressed that it is not about successful sectors that attract the economy, such as the manufacturing industry. Excessive growth would be a problem for the state, self-government, agriculture, forestry and brigades throughout the year.

However, Dufek emphasized the importance of the minimum wage in the CT24 interview. It is logical, because it helps increase wages in other classes, but it can also count on the poverty rate, he said.

"Without this, entrepreneurs would behave very wrong and the Czech Republic is not ready for strikes," he added.

He also spoke about drought losses and the compensation requirements of the Agricultural Chamber of the state. He said it should not work, so that every businessman gets busy and gets money from the state budget.