The Ethnographic Museum is preparing an exhibition on dwarfism or Galicia 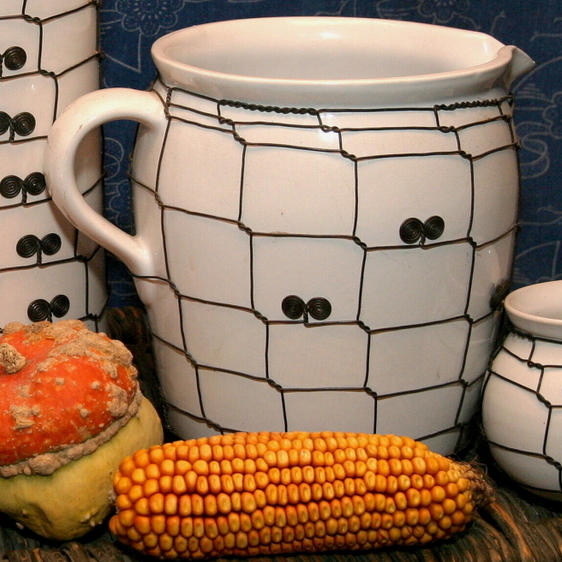 After the short-term exhibition about textile blueprint, visitors to the Ethnographic Museum can look forward to a new exhibition focused on gilding. The future museum is considering organizing an exhibition on the Galicia region. The head of the ethnographic department of the National Museum Jan Pohunek said. In the gardens of the Kinský letohrádek, where the Ethnographic Museum is home, a folklore festival takes place on the occasion of the 200th anniversary of the National Museum.

The current short-term blueprint ends on 9 September, after which it must replace the exhibition of the history and the present of the spacecraft by January. "We borrowed some interesting items from the 19th or the beginning of the 20th century from Slovakia, where it is said that this vessel has emerged or manifested the strongest," Pohunek said. According to him, the exhibition should concentrate on the history of the production and repair of utensils using wire, but space will also be given to the contemporary artwork, which is more artistic or focused on jewels.

In the future there should also be an exhibition in the museum about the area of ​​Galicia, which was part of Austria-Hungary and its territory is divided between Poland and Ukraine. In the collections of the museum there is a large collection of objects from this area, collected by the Czech ethnographer from the 19th century, František Řehoř. "We would like to imagine how this region lived, how it worked, where it really was, and often read the mention of Galicia in Svejk, but actually it can not imagine what it was all about," explained Pohunek.

Until April 2020, people in the Kinsky Summer Palace can view an exhibition entitled "The Century of Tramping", where a number of exhibitions can be seen that are accompanied by stampings dating back to the early 20th century.

On Saturday, a folklore festival takes place in the gardens of the Summer Palace and many Czech, Moravian and Rethnic ensembles took part. The event is part of both the 200th anniversary of the establishment of the National Museum and the 100th anniversary of the founding of the Republic. "We have a bit of a connection because we have a number of pieces that represent the different regions of Czechoslovakia, from the Carpathian Ruthenia to Western Bohemia over the Kinský garden of the Carpathian church, which climbs the slope to the gate, "said Pohunek.

The Ethnographic Museum is part of the National Museum and focuses on European folk culture in its historical and modern forms. With regard to the historical anchoring of the Czech countries, the exhibitions mainly concern the territory of the former Austria-Hungary. Institutions complement each other with the Narodsky Museum, which focuses on Asian, African and American cultures.

The ethnographic museum in the classic summer palace has been housed since 1901. The first permanent exhibition was established in 1903, the current is more than ten years old and focuses on the traditional life of the village in the first half of the 19th and the beginning of the 20th century. The construction of the Summer Palace was closed in 1986 due to the state of emergency and the museum was only reopened in 2005. Until then, the collections of the Ethnographic Department of the National Museum, with a value of 200,000 items, were not accessible within the museum exhibitions. The basis of the collections was created thanks to the Czechoslovak ethnographic exhibition held at the end of the 19th century on the Prague exhibition grounds.