The fight against smog has been raised: instead of a ban on beer 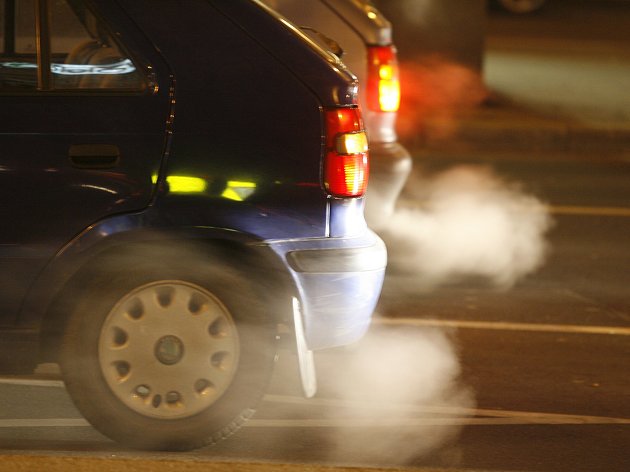 Central Bohemia – Reflections on smog pollution increase in intensity especially in winter when more sensitive people can feel air pollution – and their condition is usually observed. But summer is not a seamless period. In recent weeks, the Czech Hydrometeorological Institute has repeatedly announced a smog situation in Central Bohemia and Prague, combined with the recommendation to avoid accelerated breathing activities.

The diary did not record a big answer to the current smog warning. It is clear that the summer smog (in which increased concentrations of ozone at ground level due to exposure to sunlight from exposure to human activities) is not so noticeable. However, it is possible to write a warning: it is a threat that should not be underestimated.

Like winter snowmog, the & # 39; invisible & # 39; summer often associated with transportation. In particular, with the use of internal combustion engines. The cause is much more, cars are an easy and welcome goal. This time, however, from Prague to Central Bohemia, they did not think of the ideas that shocked them nine months ago. Last November.

The attention and indignation of the Central Bohemian politicians at that time produced information about the measures that were considered for explaining the smog situation. As opposed to such ideas that they considered to be the possibility of limiting motor vehicle access to the capital, the councilors of Central Bohemian put a strong emphasis, not only on the fact that this would mean that traffic would collapse because of the impossibility of to travel and to block the proximity of the metropolis. Central Bohemia also told its partners that the air from the Prague border does not know, and that the measures in the form of regulations for smog traffic did not really benefit anyone; just damage.

The Prague researchers Jana Plamínková (STAN) responded to the reservations of the Central Bohemian council members of the YOUTH and the CSSD, pointing out that the draft regulation, which was submitted for comment, did not include road closures and the transport of cars or their classification according to registration signs at the common border includes wrongly thinking of the government), but with the restriction of car movement across the metropolis. It is valid for both non-Prague drivers and residents of the capital.

At the moment, the debate on smog measures has been weakened – and it can be estimated that it will remain so until November. Although the theme may sound as part of the campaign prior to the election, it is possible to assume that there will not be much more impulses from the Prague City Hall. And what can be estimated more than the election results.

For better air through beer

Fighting with smog has gained a much smoother appearance in recent days. Bear. Prague encouraged motorists (mainly aimed at drivers of official cars) to leave the car instead of driving away and travel by public transport – with the help of a few people stopping their co-workers & # 39; s on their way of work.

Even in this case, the Central Bohemian contexts were missing. With a company that brews beer, for example in Vysoké Chlumce, in Příbram, the municipality supported the invitation of a team competition for a fridge with a lager called the Prague Walker. You now get companies that have built the biggest teams of drivers who are willing to give up because of the golden drink to drive to work. This should also contribute to transferring a few drivers to passengers. As the municipality does not forget to emphasize, the goal of the campaign is not to encourage the driver to drink alcohol.