The forest burns in the Plzen area, the firefighters have the highest level of alertness 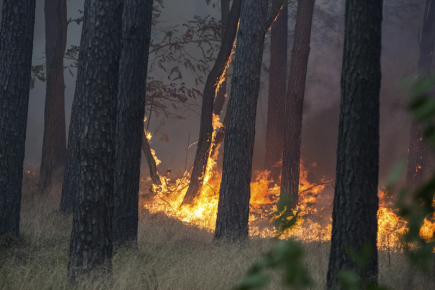 Pňovany (Pilsen) – Between Pňovany in Pilsen and Stříbro in Tachov the forest burns in three places. Firefighters declared the highest level of alertness. There are more than 80 or about 20 units present. The outbreak has a police helicopter with a water bag and a fire brigade. The fire has not even been under control, no one has ever been injured. ČTK said regional spokesman Petr Poncar. According to him, this is the largest forest fire this year in the Pilsen region.

"There are three independent bearings, about one kilometer apart, two of them half a hectare, the third is smaller," Poncar said. The affected sites are not connected to each other. The fire comes from Pňovan in the direction of Stříbro. "Not yet localized, cause or damage are not yet known," he added.