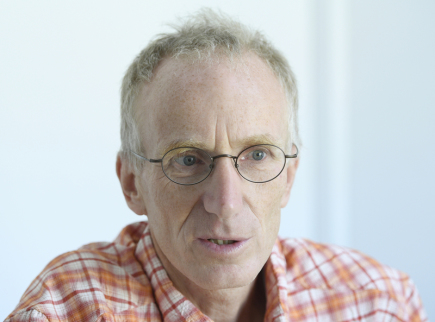 Prague – New central manager of Mountain Services (HS) Pavel Antl wants to develop cooperation with firefighters and rescuers. He also needs a special law that would moor the mountain service in the legal environment. It can also be more active in climbing areas. He said it today in an interview with CTK. Antl, 50, won the tender for the newly established position. The management of an organization dedicated to the rescue and care of tourists and sportsmen in mountain areas is divided among the statutory director Frantisek Hadacek, who is in charge of agriculture.

"I will be in charge of the technical side of the mountain service, the running and the rescue," he explained. HS is part of an integrated system, not everywhere, according to Antla it works completely. There are about 80 stations in the Czech and Moravian mountains, so they can often be faster than firefighters or ambulances. "Not everyone counts on us, but it's very important that we get used to it," he added. He wants to start from the top, so he wants to deal with ministries and regional authorities.

The law on mountain service is missing. It must contain a definition of competences and protect rescuers. "It can happen that you help someone, he is extremely happy, but then he turns to you about the warm ups that you had to take because he took care of you," as one of Antl & # 39; s descriptions described. But Czechs, according to him, are usually respected by the Mountain Service in homophobia.

But some new sports involve new risks. The problem, according to Antla, is the rental of scooters, where they can even borrow a complete beginner. "I wonder how someone with a cable car can climb up the hill, borrow a scooter and go downhill," he added. He has been on his scooter for three years and according to his words "he knows a bit". In the past year he traveled more than 3000 kilometers.

Although the number of injuries increases in the summer, HS employees still have more work in winter. The most common and most serious are skiing or snowboarding. Along with the development of ski areas and the emergence of new ski areas, new mountain service stations are also emerging. "It would be nice if it was planned to provide mountain services there and give us space," added Antl, in his opinion the centers would also be involved in the financing of mountain services. It has about 169 million crowns this year.

It is active in Šumava, Krkonoše, Orlické, Jeseníky, Beskydy, Jizerské and Ore Mountains. Other areas where it would be useful for HS are climbing areas. The station could only be open in the summer, because some are occupied only in winter. It currently operates in the climbing area near Tisé in the Ústí nad Labem region.

There are about 100 employees and about 360 volunteers in the work of HS. They go into their civilian jobs and serve on weekends and public holidays. It costs them about every three weeks.

The first two or three years of the admission procedure are candidates for membership of the candidate's status, they go to exercises and serve on weekends. They wait for the next two years, after which they pass the weekly primary school for mountain services in summer and winter. Then they become voluntary members. According to Antla, many will not hold out. "There are six people in the Erzgebirge to sign up and go through one", he explained. They do not come from specific professions, they are mostly athletes living in the mountains or in the neighborhood.

Antl has been active in the GS for more than 30 years. The original profession is geodet and teacher in high school, he also dedicated himself to racing with skiing. He has been a volunteer at HS, mainly in the Erzgebirge in Bouřňák. He came in after high school. "I have been traveling to the mountains for two and three years, I have skied since I was about five years old and I saw in the Tatra Mountains, I admired them and when there was a carnival, I was he went for mountain service," he remembered.

Number of hits from the Mountain Service of the CR:

source: annual report of the GS of the Czech Republic