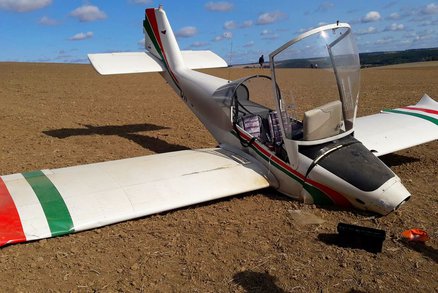 The pilot pilot a plane helicopter with a head injury to a hospital in Pilsen. "The patient was aware and was not in direct danger to life." said Andrea Divišová of regional rescue.

The small single-engine plane Koal dropped the propeller during the flight. The pilot did not lose his head and tried to land at Jezna u Úlice airport in the Pilsen region. But it did not work. He had run off the runway and ended up in a field near the wires of the electricity line.

"We have secured the scene of the event and discharged the spilled liquids A representative of the Institute for Air Accident Investigation, said firefighters Petr Poncar. "The breath test for the presence of alcohol was negative in the pilot," police spokesman Hana Rubášová added.

The plane was dropped during the flight and the pilot had to perform emergency landing.