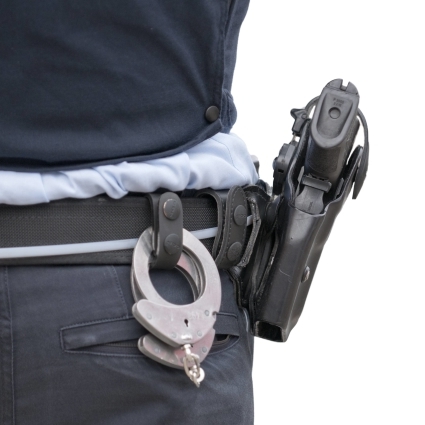 At the court in Pilsen, on Tuesday, a lawsuit starts with a policeman who, according to a prosecution in a citizen with a pistol in his hand, intervened against a driver of a passenger car. Abuse of power by a senior official, Vladimir Slavotinkov, jails for one to five years or a ban on activities. The case happened last September in Pilsen on the busy Karlovy Vary.

Two high-ranking police officers from the regional civilian headquarters of Pilsen in an unmarked civilian van stopped the Karlovy Vary driver's car, which blinked for them because of the way they drove. A policeman pointed a gun at the man and asked for a colleague of documents. According to the previous claim, the male drivers of the lawyer also met. Passes are only shown after repeated requests from the driver.

The lawyer's husband published a video of the camcorder that sustained the incident. The lidovky.cz server stated in June that the director is still undergoing psychiatric treatment because of the event.

Defendant Slavotinka is deputy commander of the Pilsen intervention unit. The case was investigated by the General Inspectorate of Security Corps, who stated that the police would have to litigate. The Pilsen Regional Police Directorate took measures against him, but did not specify what. The following steps follow the final decision of the competent law enforcement authority. In the case of the second policeman, the researchers concluded that he had not committed a criminal offense.