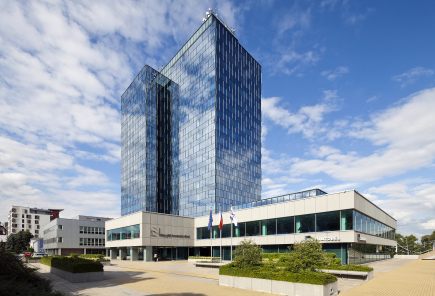 Prague – Public spending on the past year was the lowest in the past 12 years. The state budget was not even balanced, despite the high growth of the economy and the resulting deficit of 6.2 billion was significantly different from the planned deficit of 60 billion. In the opinion of the Supreme Audit Office (SAO), this is the final account of the state for last year. The advice was received by delegates and will be handled Thursday by the Chamber of Deputies. On the one hand, the Office values ​​the performance of the economy, but on the other it points to the shortcomings found.

"The Czech Republic is undoubtedly doing its job: unemployment is virtually non-existent, industry and business are running at full speed, GDP is rising, people are not afraid to spend their money, and all this to the extent that we are talking about an unprecedented situation ", he says. introduction of SAO president Miloslav Kala. However, this state has its "only". The current state of affairs accompanies problems that need to be resolved at that moment, he says. "Not only are we unable to reduce government debt in the most favorable conditions, we can not at least achieve balanced state budget management," warns the SAO president.

According to the president of SAO, the budget deficit is largely due to the growth of current expenditure. He points out that total budget expenditure grew by almost CZK 60 billion year-on-year, but only current expenditure was signed. According to him, a low investment means another problem. "In times of high economic growth, we will not always miss the opportunity to make strategic investments and reforms, it can be painful for the future of the Czech Republic," he says.

The SAA also notes that it has not been able to make significant purchases of military equipment and equipment, although the Ministry of Defense has received more money for its spending. Also, according to the Bureau, the pace of construction of the transport infrastructure did not correspond with the increasing traffic intensity. Although there are about 200,000 cars a year, there were only 348 kilometers of roads and motorways between 2000 and 2017. Of the complaints, the SAO also points out that the financial support of the economically disturbed regions has not yet produced the desired effect.

The Supreme Audit Office is an independent constitutional institution with the task of controlling state management. It submits its advice on the final settlement of the state to the members within four months after submission of the law to the government. The closing bill for MEPs is scheduled for the next ordinary meeting and can be handled in October.