The school year starts Monday. The president welcomes the firstborn in Prague 6 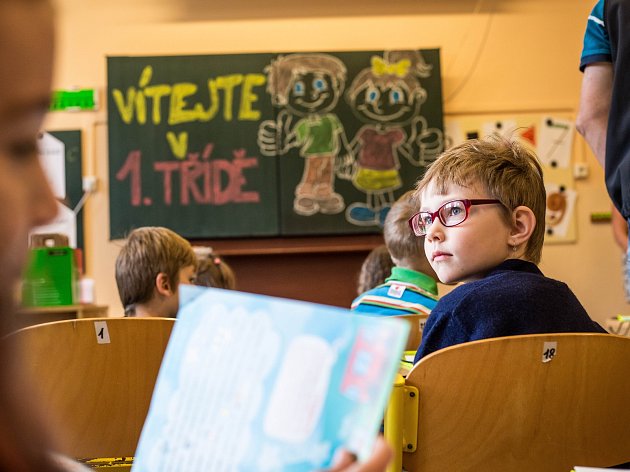 After two months of summer vacation, children return to school benches on Monday. Although, according to the Ministry of Education, the number of primary school pupils will continue to increase in the new school year. There will be about the same number of students going to secondary education as last year, when their long-term decline came to a standstill, according to the office. The new school year will bring some changes to the legislation.

Students of the first class of the TG Masaryk Primary School in Prague 6 welcome President Milos Zeman on Monday. Minister of Education Robert Plaga (ANO) will meet first year students at the Hudson Primary School in Brno and will then award prizes to the best students and best athletes from Brno Sports Gymnasium Ludvík Daňka.

The firstborn of this year did not hurt

The number of newly admitted to the first year of primary education fell last year with 5400 pupils after three years of stagnation to 111 841. This trend should continue this year with a decrease of 3600 children. Despite another likely decline among the youngest school children, it is still a stronger year than in the period until 2012.

The total number of children in primary education is likely to increase by about 15,100 pupils to around 941,200. Approximately three-fifths of the children are in the first phase in which the ministry, as a result of demographic developments, accepts a slight decrease in schoolchildren. The remainder is on the second level, where according to the sector the number of pupils will increase to at least 2020.

According to the Bureau, in secondary school, in the new school year, a total of about 395,500 pupils should study in their daily form, which would be 2,800 more than last year. This means that in the past school year the drop in high school graduates, which lasted from the school year 2006/2007 when they were older than 524,000, was probably halted.

Some good things are coming back to schools

In primary schools, children of the coming school year can buy a ham red or flavored curd. It will enable them to make a change in the so-called bullfight, which banned the sale of unhealthy food and drink in school buffets and vending machines last January. According to Plaga, changing the decree is a return to normality. Yet it is not possible to sell sweetened drinks or energy drinks or other unhealthy food in schools.

Since September kindergartens have to guarantee places for all children over three years old. Municipalities must offer them a place at the crèche according to their place of residence. Changes are also expected in funding for daycare centers. From January 2019 they would have to receive 1.8 billion crowns to extend their working hours and to have two teachers in the classroom for 2.5 hours a day.

The teacher's salaries will increase

A number of changes to the regulations that schools will have to prepare for new funding from September 2019 will begin to apply. The ministry has also prepared adjustments to the preparation and organization of graduates of the state, some of which will be valid for their autumn period.

Teachers should raise their salaries by 15 percent in the coming year, starting in January. The rates have to be increased by 10 percent, according to the current draft budget for the next year, the rest has to go to rewards. In 2021, the government wants to earn an average of 46,000 kroner per month. The average salary of teachers in regional education last year was 31,632 crowns, with an average salary of 29,504 crowns per month.