VIDEO: He left the kitten in a warm car and went to the zoo for three hours 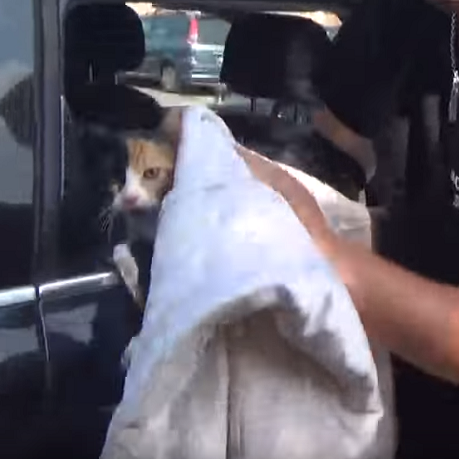 During the hot summer months the police regularly warn that parents do not leave their children in a closed car, which is in direct sunlight. The same applies to pets. This apparently did not bring out a stranger who decided to visit the zoo in Troja and leave his kitten in the car. The police had to deliver the young men.

"The kitten was disoriented to crawl against the windshield and to shriek. At extremely high temperatures, a slightly open window could not provide the comfort of the animal," said Irena Seifertová, spokesman for the Prague police. The police officers first noticed the cars with an alarm, and a few minutes later they also noticed that the young people were in a critical condition.

The patrol of the city police first asked for help from a zoo who radiated the owner of the car. But even after 45 minutes nobody came to the car and the condition of the kitten got worse. "With the help of a telescopic rod the policeman broke the side window at the rear and the policeman escaped a kitten from a burning hell," says Seifert, adding that the animal was immediately given water.

The car owner lost about twenty minutes after the rescue operation and refused to testify because of the language barrier. That same day he came to the office where the whole thing was discussed with him.