Wild horses, dentists and jaws have a third pasture at Milovice 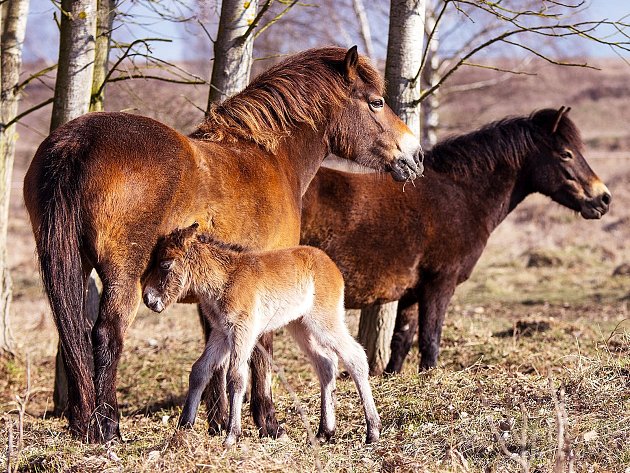 Milovice – Good news! The large meadow in the reserve of large ungulates at Milovice has increased considerably. That is about a third. Of the 160 hectares that now grow, wild horses, dentists and shocks can now traverse 240 hectares of former military space. Until 1991 he destroyed the military army of the Soviet military occupation, which settled in Milovice after the events of 1968.

The present 50th anniversary of the tragic events in August has an interesting symbolism for the inhabitants of the former military space
according to Dalibor Dostál, director of the Czech Landscape Organization, also from a practical point of view. "The expansion came just in time, because of the extreme heat and drought, grasses grow less grass than normal, and in larger areas animals will find sufficient food."

Reservations make an important contribution to the protection of endangered species, including 42 percent of all Czech butterfly species or two thirds of all types of pets. bats. This is also known to František Pelc, the director of the Nature Protection and Landscape Protection Agency (AOPK) of the Czech Republic. "Wild horses and other large herbivores are extremely attractive to the public, and we can show them how important it is to care for the landscape – without worry, whether grazing or mowing, it would gradually grow. a variety of farming to preserve and restore the diversity of different grass communities, somewhere the best sheep, goats or cattle or mowing – and somewhere, like here in Milovice, you can successfully use attractive large herbivores, such as dentists and animals very similar to prats and wild horses, the land that AOPK has provided for the Czech landscape project is good to see that grazing is beneficial for them and their variety is replenished, "said Pelc.

The Prime Minister Andrej Babiš, Mayor Milov Milan Pour or Jaroslav Jaroslav Pokorná Jermanová. "The use of the former military space Milovice has been a problem for years in the Středočeský region, so I am pleased to have found this useful supplement in the form of booking large ungulates, not only for the endangered species of animals. and save plants, but also offers the opportunity for the development of tourism in the region, "said the project manager. "I am pleased that the Wild Horse project in Milovice is evolving and I think the expansion of meadows will make this project even more attractive and improve the environment," said Deputy Governor Miloš Peter.

The former military space in 2015 became the first place for a world in which all three species of indigenous large ungulates in Europe consisted of one reservation: wild horses, dentists and re-breeding jaws. Thanks to this, the project has been published worldwide on five continents, including the New York Times, Washington Post, BBC, Science, Der Standard and other media.