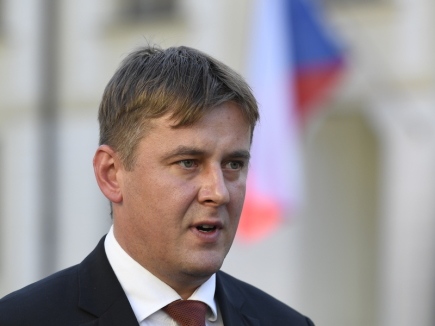 Prague – President Milos Zeman will today appoint the current Czech Vice Minister Tomáš Petříček (CSSD) to the Minister of Foreign Affairs. The Czech diplomacy gets a full boss of the Czernin Palace three and a half months after the appointment of the government. The former candidate of CSD member Miroslav Poche Zeman denied the appointment and the ministry was temporarily led by the chairman of the Social Democrats and Minister of Internal Affairs Jan Hamacek.

Petricek was in the past the assistant of Poche in the European Parliament. Zeman had previously described as a condition for the appointment of Petříček to the Minister that Poche, who now acts as a political secretary at the Ministry of Foreign Affairs, will leave the Cernin Palace. The same expectation is given by Prime Minister Andrei Babiš (ANO). Petricek said that after his appointment the secretariat would lose his mind and disappear. At the same time, however, he said he was planning to build his own team of advisers, and he did not rule out Poche's ability to be there.

A live video of Petříka's appointment as Minister of Foreign Affairs, TK, starts at 12.30

The future Minister has stated that it is his goal that the Czech political representation speaks with one voice. He plans to consult the Prime Minister and the President on foreign policy issues. Important issues include conflicts in the Middle East and Africa that bring about migration to Europe and relations within the European Union.