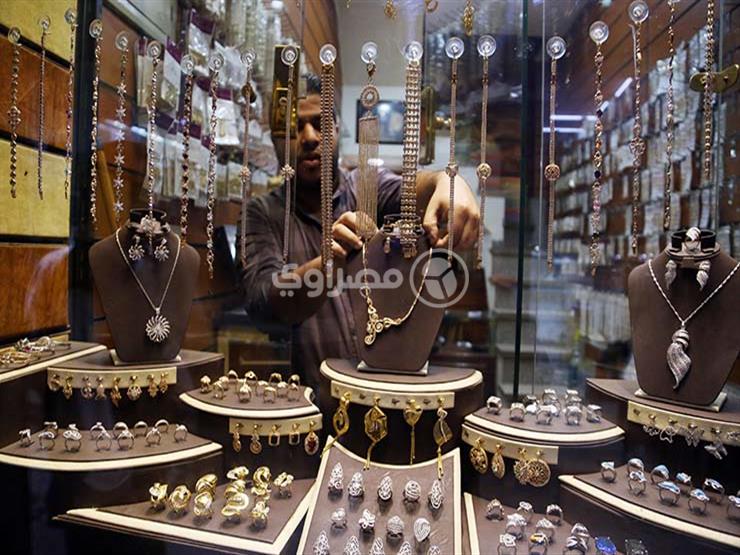 Traders and experts predicted that the gold prices in Egypt in 2019 will be influenced by the expected increase in international precious metals prices in the light of the uncertainty in the outlook for the global economy and the US-China trade war and the expectations of a rate hike delay in the United States.

"Gold prices in Egypt are expected to rise during the new year due to the expected rise in world prices due to speculation, especially as the amount of gold available for trade is constantly decreasing as a result of the purchase of tons by some countries, "said Najib, secretary general of the gold department of the Cairo Chamber of Commerce. Gold, for industry and investment.

Rafiq al-Abbasi, head of the gold department of the Federation of Industries, agreed with Najib's expectations of an increase in gold prices in Egypt in 2019. He pointed out that local gold prices are influenced by the world's precious metal prices,

"What dominates the global stock market is politics and the global economy, a statement from a global official who leads to panic," said Abbasi Lamsaraoui. "All people are going to buy gold as a safe haven, leading to higher gold prices."

Investment expert Hani Tawfiq, former chief executive of Union Capital for the management of investment funds, agrees with gold traders in their prospects for higher gold prices next year.

"The golden star is expected to emerge as a safe haven in 2019 amid the current uncertainty in the global economy," said Tawfiq Lamasraoui.

Reports published by Bloomberg and Reuters in recent days supported the expectations of higher gold prices on the global markets in the new year.

"For gold prices, I think that a rally is possible in 2019," said Geng Yi, analyst at IG Asia Pte. "I think there is a possibility that the US central bank will be reduced in 2019," according to a recent Bloomberg report.

In the same report, Benjamin Lo, an analyst at Philip Futures Pte, said the upward trend would bring prices to around $ 1309 per ounce in the current period, adding that the demand for safe havens would remain "active" in the first quarter. due to economic and geopolitical problems.

"People are very worried and are starting to pay back money to gold," says Miguel Perez-Santala, vice president of Hiraus Metal Management in New York.

The Federal Reserve raised interest rates by a quarter of a percent point last December, but expected lower interest rates next year to raise interest rates, suggesting that the tightening of monetary policy is almost over.

In the opinion of Rafik Abbasi, gold sales in Egypt will decrease towards the new year, due to the drop in the number of consumers due to weak purchasing power and high prices.

According to the latest available data at the Central Bank, the average price of gold in 10 months since January to October 2018 about £ 633.6 per gram 21.

The price of the 21-gram, started last year with a wave of high prices to reach high levels of 650 pounds per gram of 21 caliber during the first five months of last year before it began to fall to the average price of the gram to about £ 605.9, according to the Central Bank.

But the gold prices started to recover in the last period, especially in December last year, where the last days were the highest levels in the world in 6 months, although for the first time since 2015 it showed a decline and the price of an ounce to about $ 1282.60 at the end of yesterday's session.