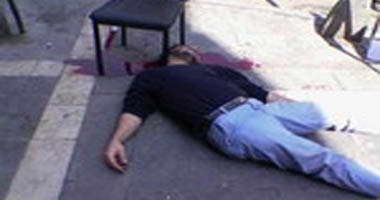 The new prosecutor in Cairo, led by counsel Mohamed Salama, ordered the suspect to kill his friend in the fifth meeting, after a red night of anomaly, on forensic medicine to establish the authenticity of the incident.

The preliminary investigation of the new prosecutor in Cairo revealed that the body of a young man in the fifth meeting was found dead in his home. The friend of the victim was the one who killed him after he had been sexually abused.

Research has shown that the accused "Mohammed" is unemployed, he killed his friend after the practice of vice together in the victim's house at the fifth meeting.

The new prosecutor in Cairo, led by counsel Mohamed Salama, rushed to the forensic report on the discovery of the corpse of a young man who was killed in his camp at the Fifth Compleet.

In the beginning, Colonel Amru El-Wakil, the head of the fifth group of interrogations, received a message from the residents of the Fifth Collection that a foul odor came from the apartment building. The security department immediately transferred the store to the shop. Sameh M's body was found dead and dead. To the ground.