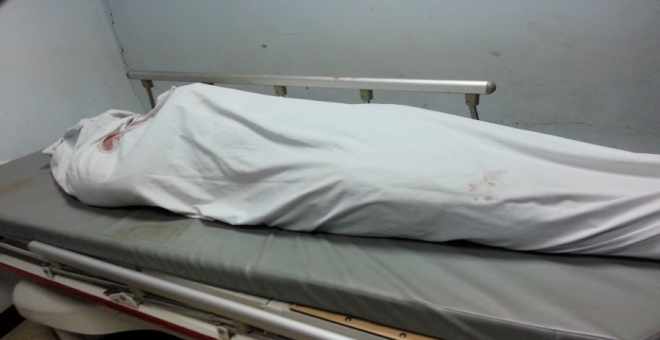 Major General Mohamed El-Sherif, director of Alexandria Security, received notice from the police chief of the first Amiriya police station that the body of the 35-year-old ZA, unemployed, lives in Said Adham Street, district of Miami, lying beside the road of the slaughterhouse in the Abd al-Qadir area in Zawiyat.

According to a security statement, on Sunday, when the police moved to the location of the communication and examined it, it turned out that the body was lying on its back in the public road, and the owner was wearing all his clothes and apparently there were no injuries between his clothes, folds on his personal belongings and 70 "» And a white weapon «Sanki».

The Criminal Investigation Department was informed and the Ministry of Criminal Investigation was instructed to investigate the incident after releasing the administrative file of the police department of the first of Amariya. The offer was made to the Public Prosecution Service, which ordered the body to be transferred to the ambulance dispenser.
Tracking