Ambassador Suad Shalabi: relations between Egypt and Ethiopia have been consolidated since Abe Ahmed took office 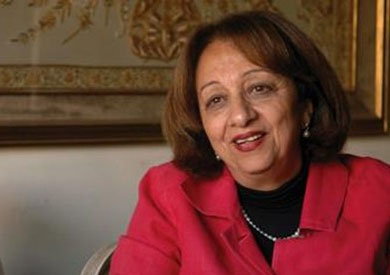 Ambassador Sameh Shalabi, the former assistant secretary of the state, told about the visit of Foreign Minister Sameh Shukri and General Abbas Kamel, head of the General Intelligence Service to Addis Ababa, that relations between Egypt and Ethiopia have been strengthened since Monday Abe Ahmed was the prime minister of Ethiopia.

Shalabi added during a phone call to the "dmc evening program" broadcast on the DMC channel on Sunday evening, that after the accession of Abi Ahmed there were close ties between the Egyptian and Ethiopian side, declaring that the Egyptian visit is about the problems to identify. Ethiopia at the moment at the completion of Al Nahda Dam.

She pointed to the visit of Ethiopian Prime Minister Abi Ahmed to Egypt earlier this year and promised President Abdel Fattah al-Sisi that the dam will not affect the life of the Egyptians, follow-up: «because he had constant contact with the president of the Sisi ».

"It is likely that the problems at Al-Nahda Dam will ultimately be in our interest, and we can intervene to solve a number of technical and financial problems," she said, noting the need for constant contacts between Egypt and Ethiopia to identify the problems that the latter is facing.