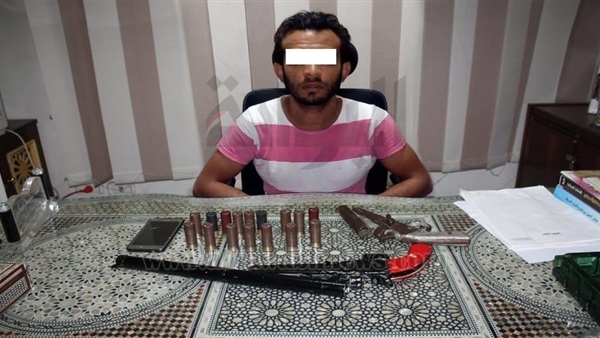 The security services of the Cairo Security Directorate were able to arrest an unemployed person carrying firearms.

The first was when information was received from the officers of the police unit of the Sharabia police station that Sayed Fawzi, 33 years old, was unemployed and resident of the Department Department and had previously been sued in 10 cases, of which the last was 172 for the year 2018. Al-Sharabiya is a & # 39; force show & # 39; He is engaged in criminal activities in the field of firearms trade. illegal.

The investigation and collection of information indicates that the information received was correct after the legalization of the procedures and was directed by the officers of the unit and accompanied by the accompanying force and they could check it.

In response to General Ashraf El-Gendi, director of the Cairo Investigations, with the information resulting from the arrest, he confessed that he had firearms for the purpose of trafficking.