"C & C" .. Everything you want to know about the crimes of forgery and penalties in Egyptian law 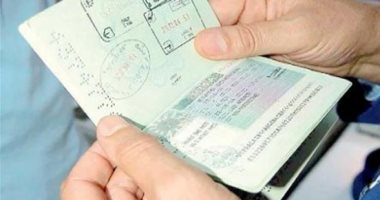 Fraud is a crime whereby the accused tries to obtain something that he can not obtain with legitimate means or create a fact that is not really a fact, due to fraud at the various parties, and the forgery is either in paper or in contracts and documents , said the lawyer and lawyer Alaa Mohammed For the "seventh day" in the definition of the crime of counterfeiting.

Mohammed answers the main questions regarding the crimes of counterfeiting in terms of their legal adjustment and when they are misdemeanors or crimes.

What are the examples of fraud?

A doctor who issues a medical certificate signed by a person who claims that a person suffers from untreated illnesses or injuries, to use that certificate to obtain a right that is not his right, or to forge an official document to obtain an illegal right, such as forging land or agency agreements or trust vouchers.

What are the types of forgeries?

Counterfeit There are two types of fraud and there is material fraud.

What is material fraud?

Material fraud is a tangible physical act, such as a change in official documents such as a birth certificate, driver's license and other papers

What is moral fraud?

Moral fraud must be caused by convincing a person of a certain form of fraud and fraud, similar to impersonation.

Is forgery a crime or crime?

Counterfeiting, such as theft, can be a crime and may be a crime, and this determines the nature of the counterfeit document.

When is forgery a crime?

If the forgery in an official document is a counterfeit, such as forging a court order, birth certificate, wedding slip and other documents with an official status.

When is forgery a crime?

A forgery in a customs document is a crime, such as forging the receipt of a written secretariat between two parties, the forging of a lease or a movable list.