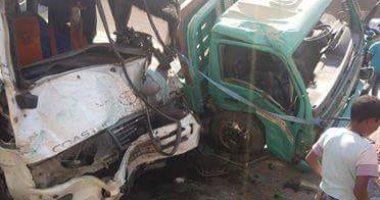 One person was killed and four others were injured in a road accident when a car collided during a wedding in Menia.

While the first and second wounded were transferred to complete the treatment at Menia University Hospital, according to the doctor's report, Dr. Minya health inspector. Hani Ishaq Shehata about the causes of death of the deceased: fracture of the skull bones and serious bleeding of the brain and respiratory problems and fractures of involvement and internal bleeding in the abdomen and pelvis and there is no punishable suspicion in death.

A report of the incident was released and the Public Prosecution Service conducted the investigation under the supervision of adviser Ahmed El-Agouz, the chief prosecutor of the Minya Center.