Health: Deaths among Egyptian pilgrims to 19 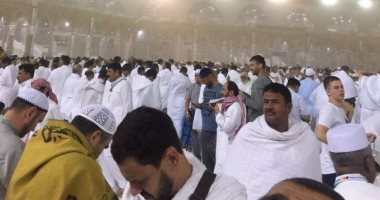 The Ministry of Health and Population announced on Sunday evening the death of a need for Egyptian pilgrims in Saudi Arabia, bringing the total number of deaths to 19.

Dr. Khalid Mujahid, spokesperson for the Ministry of Health and Population, explained that the need is called Nhamda Mohammed Hanafi, 56 years old, after the pilgrimage of the interior lottery, from Giza, died as a result of a sharp fall in blood circulation and the respiratory system, in Mecca.

The official spokesman for the Ministry of Health and Population receives the emergency assistance from the medical mission in Mecca, a message of death, pointing out that it coordinates with the competent authorities to extract the death certificate.