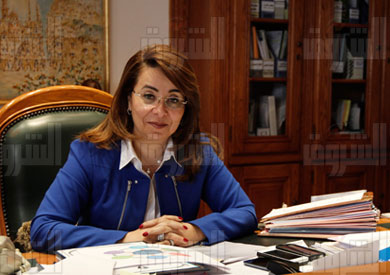 Dr. Ghada Wali, Minister of Social Solidarity, said she was happy to receive the World Health Organization (WHO) award for the most influential ministers in the health sector, unlike health ministers, called "heroic leaders."

"The World Health Organization has decided to award this award to the Ministry of Social Solidarity for its role in supporting health efforts," she said in a telephone interview with MBC Egypt on Sunday evening, in which she referred to the approval by the ministry of a national program to recover from addiction. Treats the health of the addict, through the analysis of the virus "C" and AIDS.

He added that "the Ministry of Social Solidarity links monetary support to health awareness, where some social protection programs, such as the" Takaful and Dignity "program, bring the children of the family to health departments on an ongoing basis".

She explained that "all these efforts and programs to protect the Egyptian disadvantaged groups are highly appreciated by the United Nations".

In the margins of the UN General Assembly, the World Health Organization (WHO) honored Dr Ghada Wali, the Minister of Social Solidarity, and rewarded it the award of the most influential ministers in the health sector, unlike the health ministers, the so-called "heroic leaders."