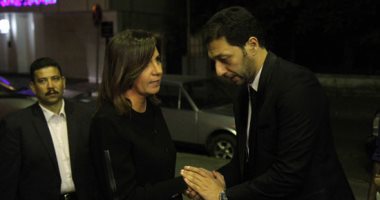 On Thursday evening, the condolence of Ahmed Khairy's father, the official spokesman for the Ministry of Education and Technical Education, was held at the Omar Makram Mosque on Tahrir Square, in the presence of ministers, journalists and journalists.

Ahmed Kheiri and various members of the family received condolences, in which Dr. Tarek Shawki, Minister of Education and Technical Education, and Ambassador Nabila Makram, Minister of State for Migration and Egyptian Affairs abroad participated in the program. Most participants in the program were Osama Kamal and Eman Al-Hosary. Manchit on Al-Nahar TV, and Dr. Mohamed El-Baz, a 90-minute program on the Al-Mehwar channel.

The father of colleague Ahmed Khairy, the media and official spokesperson for the Ministry of Education and Education, died on Tuesday evening.