Ministry of Irrigation: It is difficult to determine the extent of the flooding before the end of October and November 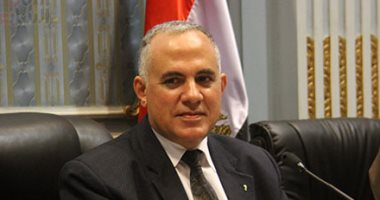 An official statement from the Ministry of Water Resources and Irrigation confirmed that the Nile flood season this year will continue this month in the peak period known annually, and that the rise in water levels in Lake Nasser during this period of the year normal is due to the increase in rainfall on the Ethiopian plateau, and the start of Khartoum in the annual discharge of its reservoirs namely Al-Raysirus, Sennar and Merwe, Upper Atbara and Setit, and Khashm al-Qirba in preparation for the start of the storage of new flood waters, starting each year in September and until the end of the season in October and November.

The ministry said the ministry closely follows the new Nile flood season, including reports from the Egyptian irrigation missions in Sudan and Uganda and the daily reports from the Ministry's flood prediction center, which analyzes satellite images of the rain in Upper Nile using from the latest mathematical models to estimate rainfall as well as their arrival time to Lake Nasser.

The statement confirmed that the flooding of the Nile and the arrival of the water to Lake Nasser is calculated with the beginning of the water year of August each year, explaining that the current flooding in natural quantities with the start of the disposal of Sudanese dams, and it is difficult at this time of the year to determine the extent of the flood For the year 2018-2019 before the end of October and November.

The Ministry of Irrigation called on the media and non-specialists to carefully and carefully handle figures on flood waters and to deal with officials to avoid confusion between public opinion and rumors.