Photo. The governor of South Sinai and the security director carry out the Eid prayer in the stadium 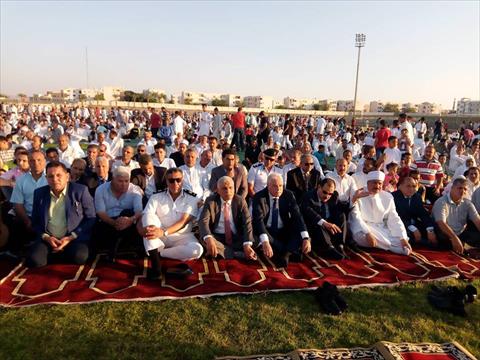 Mahmoud Salah, the head of imams and preachers in South Sinai, gave the Eid sermon, talked about the ethics of the feast and the importance of the connection of the womb. He also called Egypt to protect it, its people, its army and its regime against all evil.

The governor exchanged greetings with the mass of the worshipers, the city witnessed unprecedented security measures, closed the roads to the car park and the work of a campus of all directions, 500 meters and a massive deployment of security forces, ambulances and civil protection, traffic and access of worshipers via electronic gates.

It is worth noting that the preparation and processing of 16 yards to pray and 52 mosques were prepared to perform Eid al-Adha prayer at the level of the governor.