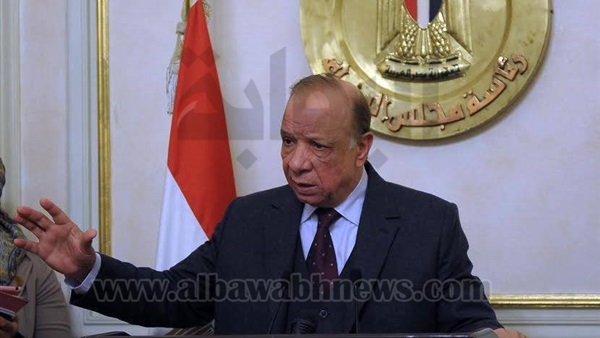 Atef Abdel Hamid, the Governor of Cairo, traveled through the field on Monday to check the availability of meat, ration and cooking gas bottles during Eid days, during which he inspected a number of consumer complexes in the southern region, including the railway compound in the Red Darb, Wahdan complex and the Al-Ahram complex in ancient Egypt.

The tour also included the warehouse of the potash in the old district of Egypt, to determine the readiness of the Delivery Directorate and neighborhood officials and the agencies to help him to receive Eid al-Adha, and services and supply raw materials and the obligation to fix prices.

The Governor of Cairo, director of Supply Directorate Ibrahim Al-Asqlani, the presence of inspectors of delivery during the day in the complexes and warehouses of potajaz and the use of the butchers in the complexes, and no more than the permitted amount of fat on meat of not more than 100 g per kilo with the obligation to pay specific prices.

The governor of Cairo inspected the operation of the orchard and the willingness of the slaughterhouse to receive the sacrifice and sign the medical examination before it was slaughtered and the slaughterhouse worked in full swing during the 24 hours to meet the needs of butchers and citizens by offering slaughter and processing services free of charge.

The governor, Dr. Sayed Obaid, director of the veterinary management and doctors responsible for the massacres, the need for the safe disposal of the remains of the slaughter first and the intensification of cleaning operations in the bloodbaths and washing with disinfectants and proper treatment of the citizens.

The governor also stressed the need to continue intensive meat inspection campaigns in the butchers and places of display of frozen meat and refrigerators in collaboration with the health and delivery boards to maintain public safety.

Dr. Obeid, director of the Veterinary Medicine Directorate, confirmed the completion of all the preparations needed to receive the Eid al-Adha without obstacles, by intensifying the number of doctors in the bloodbaths, pointing out that the capacity of the slaughterhouse is large and slaughterhouse consists of 6 lines, sacrifices.

During the tour, the governor gave instructions to the head of the cleaning and beautification authority in Cairo to follow the field throughout the Eid period in all areas and release minutes of environmental pollution and take legal action against the owners of slaughterhouse stores who beat the suburbs on the street and leave the trash on the street without lifting and tidying up. Remove the remnants of the slaughter, brush their places with sand and disinfect them with water and disinfectants.