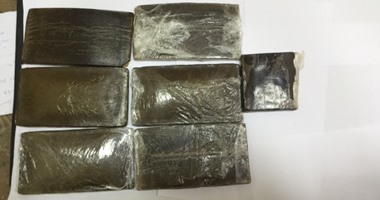 A drug search in the middle of the delta succeeded in seizing the unemployed and possessing 17 Tarabah Hashish before it was distributed to the citizens during the Eid. A declaration of the incident was released and the Prosecution was informed of the investigation.

Maj. Gen. Samir Abu Zamil, Menoufia's Security Director, received a notification from Maj. Gen. Sayed Sultan, Director of Criminal Investigation, stating that the minutes of the revised report from the Directorate-General for Drug Control (Central Delta Branch) were 32-year-old worker and resident of the village Smadon, center of the center, with 17 turbines, 2 motorcycles without license plates, 80 pounds of money, 2 mobile phones, with the intention of trading before the promotion on the days of Eid, the suspects were detained and in This is described in record no. 29904 of the Ashmoun Center for the year 2018.