egypt September 30, 2018 egypt, Nation Comments Off on The Association of Journalists expresses sympathy with the death of her colleague Hind Musa 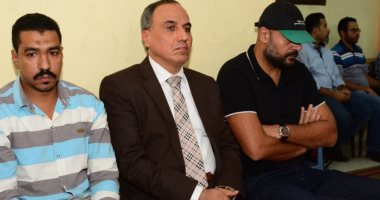 Many of the stars of the artistic center and the journalist participated in the condolences of the journalist Hind Musa, who died last night after a painful accident on the road of Ein Sukhna, who has a great morale and professionalism, testified by the press center.

Journalist Abdel Mohsen Salama, the captain of the journalists, paid tribute to the death of her colleague Hind Musa, who sits at the Ghaffar mosque in Omraniya, Giza Governorate, together with a number of journalists and media men.

The Egyptian Media Group monthly announced a monthly allowance for the late colleague Hind Musa, the head of the art section of the Liberation newspaper, in honor of the late press efforts and the Egyptian media will continue to communicate with the deceased family to complete the pension payment procedures.

The management of the Alexandria Film Festival of the Mediterranean States, headed by the critic Prince Abaza, to be held from 3 to 8 October, announced at the 34th session the name Hind Musa at the festival press center in honor of the name. The festival will also design a special poster for the deceased colleague in the press center.

The late Hind Musa died on Saturday after a painful accident on Ain Sokhna during her return from the coverage of the El Gouna Film Festival in Hurghada, an incident that caused a great shock in the artistic and journalistic environment, because her colleagues enjoyed of the ethics, professionalism and great sincerity of which the press center witnessed.