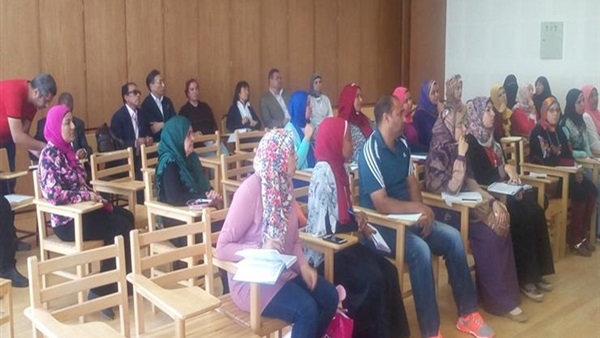 Dr. Al-Fayoumi, undersecretary of the Ministry of Education in Aswan, confirmed the launch of the training program aimed at the teachers of the first year of primary education.

Al-Fayoumi pointed out that these exercises are carried out in two phases: the first phase began on Sunday and ends on Tuesday, August 28 The teachers were divided over 12 district-level halls.

The second phase starts on Wednesday 29 August and ends on Saturday 1 September. The teachers are divided over 19 halls at district level.

This is in line with the Ministry's interest in implementing the new education system announced by Dr. Tarek Shawki, Minister of Education and Technical Education, who wants to change the philosophy of education in Egypt, through a new vision that makes instructive and useful development possible for students in the coming period, The exercises that have been carried out by the ministry for the teachers who are targeted by the new system to transfer their experiences to students and students in the classroom.