egypt September 30, 2018 egypt, Nation Comments Off on The conservative party demands that the model of the "Dabaa nuclear school" is spread over all other disciplines 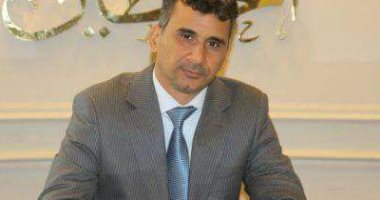 Tharwat Ragheb, chairman of the Energy Committee of the Conservative Party, professor of petroleum technology and energy at the British University, said that the experience of Al-Dabaa School of Nuclear Energy in Matrouh is a pioneer and a model that is proud of everyone because it is the first of its kind is in the Middle East.

Ragheb said in a statement that the school was set up to graduate from the cadres to work in the Dabaa nuclear reactor, and to work in the Arab sister countries that are planning to build nuclear reactors to produce electricity so that " we will therefore add leadership and other soft forces to the current Egyptian achievements in science and knowledge. "

He pointed out that the school is the first of its kind in the Middle East, where students can join the Faculty of Engineering, after their graduation or at the work of the Dabaa reactor, noting that the students have been chosen very carefully after passing difficult tests, and the province of Matrouh the lion's share, including 30 students And the rest of the number was distributed to the rest of the provinces, and the selection of specialized teachers and trainees came very carefully after obtaining a competition that was conducted by the Ministry of Education.

Ragheb stressed that the Dabaa nuclear school was a dream and became a real reality, it is the first of its kind in Egypt and the Arab world, and its students will be practically trained in the Nuclear Stations Authority and the Atomic Energy Authority, providing leadership , trust and give weight to the technical schools in parents. Experience in various disciplines.