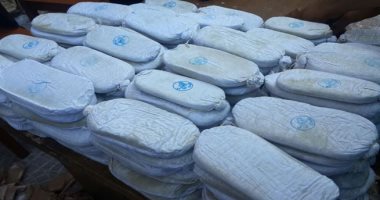 The prosecutor in the south of Giza ordered the driver to remain in custody for four days, he was accused of possessing narcotics for the purpose of trading it, confiscated 20 kg of hashish and handled it to be examined by the chemical laboratory.

After the legalization of the procedures, the head and officers of the Talabiya Department's investigation unit succeeded in arresting him when he steered the vehicle: he had 200 grasses of grass and weighed 20 kg, he admitted that he had narcotics to to trade and promote with its customers of retailers and users..