The disappearance of the father of "my children Dakahlia" 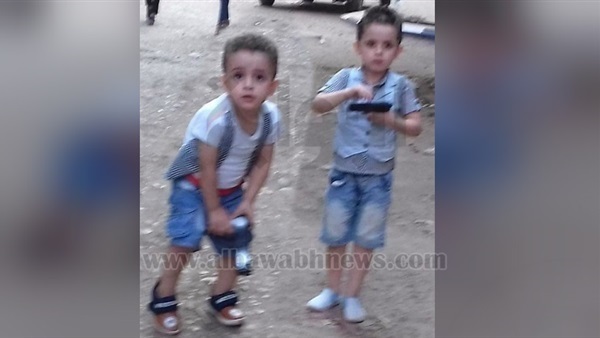 Sources that are familiar with the directorate safety Dakahlia: The father of the two children killed in the center of Mt Salsil disappeared after the funeral of the bodies of his children this morning.

The two children were kidnapped and their bodies were found in a canal in the Faraskour Center in Damietta.

"The source refused to mention His name: The father of the two children, Mahmud Nazmi al-Sayyed has arrived to Faraskour prosecution yesterday It is made Confessions about the existence of differences between him and a Dealers of antiquities and research have reached the existence of multiple relationships with him people In many illegal transactions.

The source explained that the research team phone call The children of the two children claim that "Hamada" can be reachedLi All information that indicates the existence of the perpetrators but that he No new offers, but about infection The two children found a stroke as soon as he became aware of the incident.

The source pointed out that the research team stepped up its efforts to reach the father of the two children, especially when he disappeared and closed his cell phone, noting that the circumstances of the case will be fully revealed in the next few hours.

Major General Mahmoud Tawfiq, Minister of the Interior, commissioned a research team led by the Research Director of the Ministry, Maj. Gen. Mohammad Sharbash, Director of Criminal Investigation, Brigadier General Ahmed Shawqi, Head of the Research Department of the Directorate, safety General and police officers of the police station With Salsil, to speed up the arrest of the perpetrators and reveal the details of the incident In front of Public opinion.

The incident occurred when Maj. Gen. Mohammed Hajji, Assistant Secretary of Homeland Security Affairs, received a notification from Major General Muhammad Sharabash, Director of the Criminal Investigation Department, who received the Mitt Salsil Police Station from Mahmud Nazmi. Sayyid and the resident of the new sea area of ​​the city informed. In the region.

The interrogators, under the direction of Major Mohammed Fathi Saleh, the head of the mabahith, moved to the place of communication. The two children were with their father to celebrate the Eid, but the father was surprised by someone who brought him to the poor. took. His offspring, the witnesses said to They saw the two children accompanied by a dotted lady, received a tuk-tuk and walked through the cypress road.

A search team was set up to speed up the arrival of the hijackers and the two children, but yesterday the two children of the police station of Faraskur were killed and taken to a hospital in Faraskur.