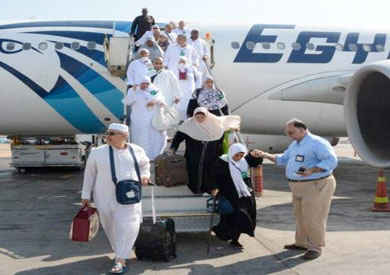 He arrived in the province of North Sinai, pilgrims from the families of martyrs and wounded in the village of Rawda in the center of Bir al-Abd.

The 249 pilgrims and needy families of martyrs and wounded in the village of Rawdah, performed the Hajj this year at the invitation of the Keeper of the Two Holy Mosques King Salman bin Abdulaziz.

During the journey pilgrims were accompanied by two overseers and the government of North Sinai provided buses to transport them from Cairo airport to the village.