Video: Confessions of a child murderer in Dakahlia: my wife Tairni not to take responsibility 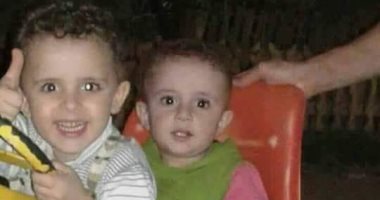 Mahmud Nazmi, 33, a farmer accused of killing 5-year-old Ryan and Mohammed, 3 years in the Salsil district, confessed in detail the prosecution's investigation into the incident.

The suspect said that on the day of the accident, he took the children at the Eid celebrations by car and visited one of his relatives, and then escorted them to the amusement park so that he could fabricate the fact of their disappearance after they were taken away.

The defendant added that he then went to the Faraskur bakery and threw them to the Nile. He told his wife by telephone that he had lost the two children, in contrast to the truth in the clubs, and then returned to the amusement park and asked one of his friends to contact the rescue service and the loss of the children. report.

The investigation of the General Security Sector, led by Major General Alaa Eddin Salim and led by Maj. Gen. Jamal Abdul Bari and in collaboration with the security services in Dakahlia, managed to offer the Mitt Salsil Police Station that he, while he in a public park in the town of Mitt Salsil, accompanied by his sons, was surprised by their disappearance With someone.

After the communication a research team was formed, led by Major General Mohammed Sharabash, the director of the research department, to expose the circumstances of the incident, using the latest technology techniques to speed up the perpetrators, but to see the members of the research team during the implementation of the terms of the plan that the behavior of the father of the two children is not proportional to the situation and the loss of his children.

What prompted the research team to doubt him, and what led to increased doubts and suspicions about the father's findings that his personality was disturbed and characterized by indifference and recklessness, and drug abuse, and expressed his desire to be free to be of the upbringing of children, in addition to his absence to attend the ceremony. His two children were buried after their death and flight.

The investigation confirmed the presence in the city of Faraskur contact with his wife at the same time with the dumping of children in the river Nile and watching one of his acquaintances in the area of ​​the bridge Faraskur – the camera was reached at a service station in the village of Haggag in the city of Faraskur followed the father accused and accompanied by the two children in his car on the way to the bridge Faraskur River Nile.

Major General Mohammed Haji, Director of Safety at Dakahlia, ordered the immediate setting up of the procedures and the search team was able to detect and confront the information that the study had produced.

Shahdi was also seen as an agricultural engineer who worked in the amusement park, he saw him leave the amusement park in his car, accompanied by the two children, and he was accused of committing the incident because of his bad relationship with his wife and his constant accusation of not taking responsibility for their upbringing.