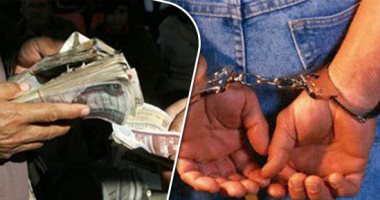 On June 20, the Administrative Control Authority announced the arrest of five leaders of Al-Shorouq City on charges of bribery by a private cleaning company and referred the case to the investigation into the new prosecutor in Cairo led by counsel Mohamed Salama.

"Day seven" reveals the details of the case from within the investigation of the prosecution after the increase in the number of suspects to 7, after the arrest of 2 employees of the cleaning company on charges of paying bribes.

In the beginning, the Administrative Control Commission arrested the deputy head of the New Cairo Authority, two supervisors from the agency, the director of the security of the city of Shorouk and the director of the sewerage, accused of receiving bribes from a private cleaning company to facilitate the tendering procedures within the Agency.

The administrative control committee arrested two employees of the cleaning company, one of the contracting director of the company, on charges of paying bribes.

Prosecutors of the new Cairo, led by counsel Mohamed Salama, accused the suspects of accusations against them and of the audio recordings recorded by the administrative authorities by the two parties. The defendants denied all allegations of bribery. of the cleaning company denied payment of bribes.

The investigation showed that the cleaning company's officials paid an unspecified amount of money to the officers of the city of Shorouq to end a number of transactions within the body and the city. The investigations also showed that the cleaning company officials the amount of bribes in the car of the officers of the agency stopped and not handed in personally, After the arrest of the suspect without the amount of money agreed between the accused.

The prosecutor ordered that all audio recordings of the suspects should be sent to the radio and television union to verify the suspect's voice tag and to report on the authenticity of the accused's fingerprint.

The new Cairo Misdemeanor Court, led by counsel Mahmoud Hamdi Sbeil, released the suspects before the prosecution resumed the decision to evacuate the suspects.

The report, which will be prepared by the radio and television union, will largely clarify the matter, especially after all allegations have been denied accusations against them, a source said.

The new Cairo Misdemeanors Court, held in the fifth meeting, led by counsel Mahmoud Hamdy, decided to renew the detention of 7 accused bribery by the leaders of the city of Shorouq for 15 days..

On 20 June, the officials of the Administrative Control Authority arrested five of the leaders of Al-Shorouk City, led by the deputy head of the agency, the security administrator, the service and maintenance engineer, the sanitary officer and another employee. Two others were arrested, one of whom was director of a cleaning company.

This is due to the strict administrative control strikes of officials from new city agencies and company officials working with government agencies through auctions and tenders.