Africa: Ethiopian Airlines ready to conquer the sky of Africa 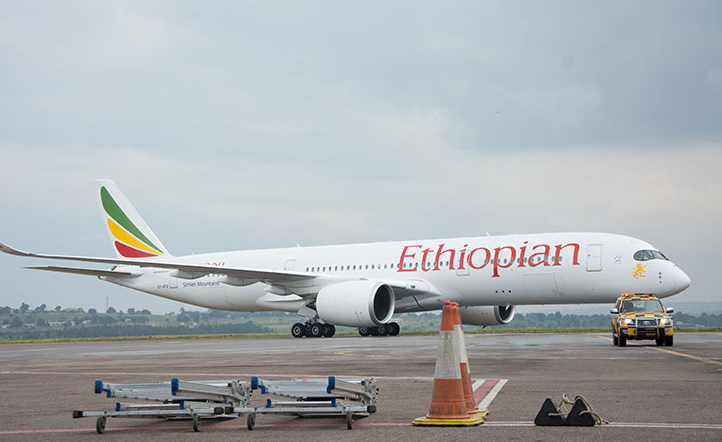 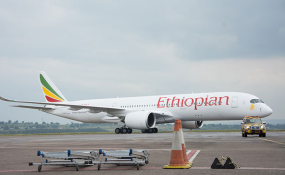 Ethiopian Airlines has signed joint venture agreements and business partnerships with at least 14 countries on the continent as part of the Vision 2025 growth plan, with which the airline hopes to be the leading aviation group in Africa. be & # 39 ;. "

From Zambia and Malawi in the south, Chad and soon the Democratic Republic of Congo in Central Africa and Togo, with a likelihood of Nigeria and Ghana in the West, the airline is trying to dominate the aviation area of ​​the continent 19659006] The airline bought an average of one aircraft a month last year and it is expected that the new Bole Junction will connect Addis Ababa with around 70 cities around the world, including 60 Africans.

The state-owned company also finances its maintenance, repair and overhaul company to provide additional maintenance services, African airlines that have taken charge of it

"We should see more cooperation from African airlines to withstand the stiff competition from non-African airlines that now exceed 75 percent traffic. only through such collaborations can we guarantee the existence of domestic airlines in the next decade, "said Tewolde GebreMariam, announcing the airline's results for the past financial year.

Profit was $ 233 million, an increase of $ 229 million, with revenues up 46 percent to $ 3.2 billion, out of the 10.6 million passengers the airline has transported around the world.

The airline has ongoing maintenance contracts with two carriers based in Nigeria, Arik Air and Medview Airline, which are operated by its maintenance company for repair and overhaul.

In June, the airline said it was in talks with Chad, Djibouti, Equatorial Guinea and Guinea to establish carriers by through joint ventures

Ethiopia and Chad have agreed on a 49:50 enterprise for the national airline, where Ethiopian gets the minority interest. The announcement is expected in October.

In South Africa, ET already has a joint venture with the Malawian national airline.

In January, it concluded a similar agreement with the Zambian government to restart their national airline with a 45 percent stake, with a cash injection of $ 16.5 million expected in October for the Lusaka-based airline to will bring heaven.

"We are also planning to establish a fully-owned airline in Mozambique and have signed a contract to start an airline in Guinea.We also do business with Congo Airways, through a technical agreement," said the Mr. Tewolde.

In West Africa, the continent's largest and most profitable aviation market, ET collaborated with the Togolese society Asky. Airlines

"We have taken a 49 percent stake in the national airlines for Guinea and have taken over the management of CEIBA International in Equatorial Guinea," said M. Tewolde.

However, while the airline is spreading its wings over Africa, critics say it is imposing a monopolistic agenda, one that will stifle its competitors, who are already struggling to keep their foot on the ground.

"African governments have to be careful not to create an aviation monopoly on the continent." Ethiopian Airline has a fantastic growth strategy, but risks becoming a continental monopoly, which would be bad for the competition, "said Nicanor Sabula, president of the Kenya Association. or Travel Agents.