The legacy of the Greek rescue operation 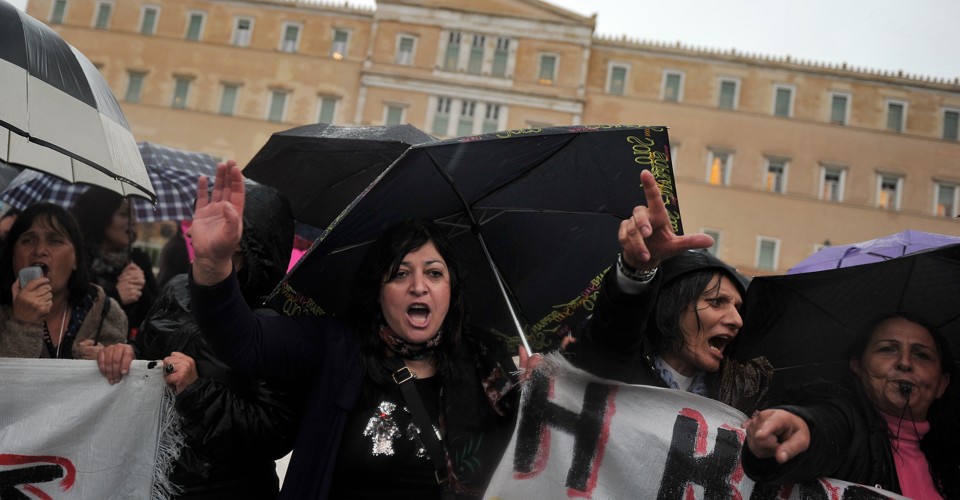 The third "Memorandum of Understanding" expires today. With Greece completing a three-year, € 61.9 billion euro emergency loan package for the euro zone, it can again borrow at market rates. The expiry of the memorandum also ends, for now, the direct control by the "Troika" of Europe –the International Monetary Fund, the European Commission and the European Central Bank – on the Greek government. But the conditions, limitations and consequences will continue to exist.

In 2010 Greece, like Portugal, Spain, Ireland and Italy, was in absolute trouble. The big financial crisis collapsed across Europe, but it hit the weaker countries the hardest – and Greece was the weakest of all. The economy is shrinking by a quarter and youth unemployment has risen to about 50 percent. The memorandum was the easiest way out for all concerned. It started a game of expanding and pretending & # 39; on Greek debt, based on optimistic forecasts and on reform policy that had no basis in the reality of Greek economic conditions.

The policy came from the IMF – the standard repertoire of austerity measures and "reforms". But the staff and the managers knew from the beginning that these measures would not suffice. IMF executive directors from Australia, Switzerland, Brazil and China objected to objections. Channels were therefore bypassed, objections ignored. The Fund had almost no work and money, due to the failures of its programs – and the relative success of countries they ignored – around the world. And the then director at that time wanted to be the next president of France. So Greece, that is, its creditors – especially French and German banks – received the largest loan in the history of the IMF (in proportion to the share of the owner). And that loan of $ 289 billion came largely from American taxpayers.

In Athens teams of officials from the Fund, the European Central Bank and the European Commission came to Greece, where they stayed at luxury hotels in Greece, escorted by uniformed police from ministry to ministry to dictate policy in detail. (So ​​nice performance, in a warm and sunny place, so close to the sea.) In 2015 they were housed for a while in a four-star hotel, deprived of their convoys and protected by elite troops dressed in ordinary clothes. They did not like it at all, and their bosses, Mario Draghi and Christine Lagarde, complained loudly to them.

And what about the policy? Public possessions had to be dumped En masse at fire-safe prices, but only if they were already profitable. (Regional airports that make losses, for example, stayed with the state). Dutch dairy companies and German pharmaceutical companies were provided. Labor markets were deregulated while collective bargaining was being wiped out – an unethical experiment with an untenable premise. Neither the German nor the Chinese industry moved to Greece, even if the Greeks worked free of charge. The value added tax was increased, pensions were cut and hundreds of thousands of civil servants were made redundant. Ministries lost cleaners who set up camp, bless them for the Ministry of Finance.