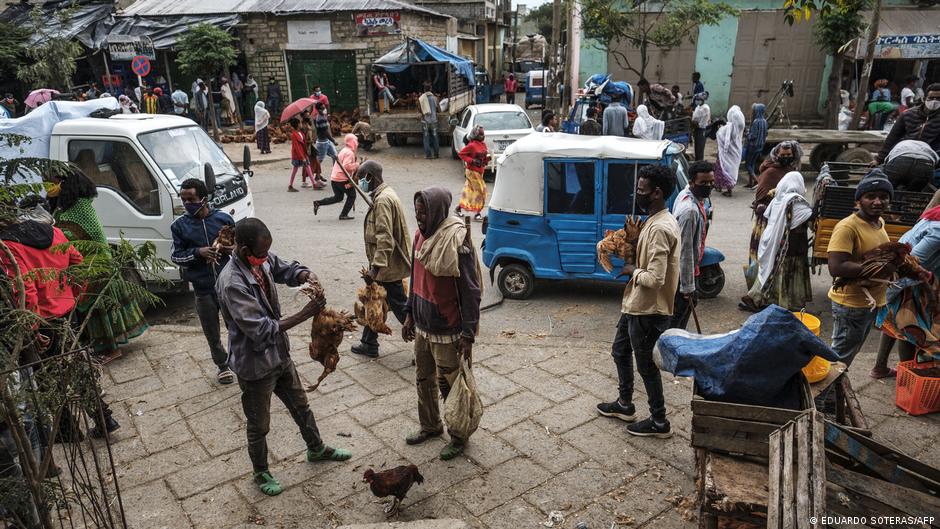 The government of Ethiopian Prime Minister Abiy Ahmed is committed to the “protection and safety of civilians” in the northern Tigray region, where federal troops are fighting regional forces, his agency said Friday.

Abiy made the comments during a meeting with African Union peace envoys to discuss the conflict against the Tigray People’s Liberation Front (TPLF) that broke out three weeks ago.

In a statement after meeting former Presidents Ellen Johnson Sirleaf from Liberia, Joaquim Chissano from Mozambique and Kgalema Motlanthe from South Africa, Abiy said he appreciated this gesture and … the steadfast commitment it demonstrates to the principle of African solutions to African problems. “

Still, the government has a “constitutionally imposed responsibility to uphold the rule of law in the region and across the country,” he added.

The envoys had been sent to Addis Ababa to assist in mediating the conflict, but the prime minister refused to negotiate with the TPLF and dismissed calls for dialogue as “interference” in Ethiopia’s internal affairs.

Abiy, last year’s Nobel Peace Prize winner, announced a “third and final phase” in his campaign against the TPLF on Thursday.

Abiy accuses Tigrayan leaders of starting the war by attacking federal forces at a base in Tigray on Nov. 4. The TPLF says the attack was a preemptive strike.

Hundreds of people died in air raids and ground battles.

The violence has also displaced tens of thousands of displaced people, but there are serious fears for half a million civilians in Mekele, the regional capital, which the military says has been trapped before an impending attack.

The international community has warned that such an attack could violate the rules of war and has called for urgent mediation.

Food ‘will run out next week’

The United Nations refugee agency, meanwhile, warned on Friday that nearly 100,000 Eritrean refugees in Tigray will be out of food next week if the parties to the conflict do not allow humanitarian access.

The UNHCR says 96,000 Eritrean refugees live in four camps in Tigray, some of which have been close to recent skirmishes.

“They would run out of food from Monday – we are done with our supplies to reach these populations,”
UNHCR spokesman Babar Baloch told a briefing in Geneva that the estimate was based on calculations since the last distribution a few weeks ago.

He called for “unhindered humanitarian access to reach them as soon as possible”.

Tigray’s government said on Friday that the federal army bombed cities and towns and caused severe damage, although Mekele was not specifically named.

Tigrayans, who make up about 6% of Ethiopia’s 115 million inhabitants, dominated the government until Abiy came to power two years ago.

His government has tried senior Tigrayan officials for such crimes as corruption, torture and murder – a move widely seen in the region as discrimination.