Aida Muluneh: Changing the story about Ethiopia, one photo at a time 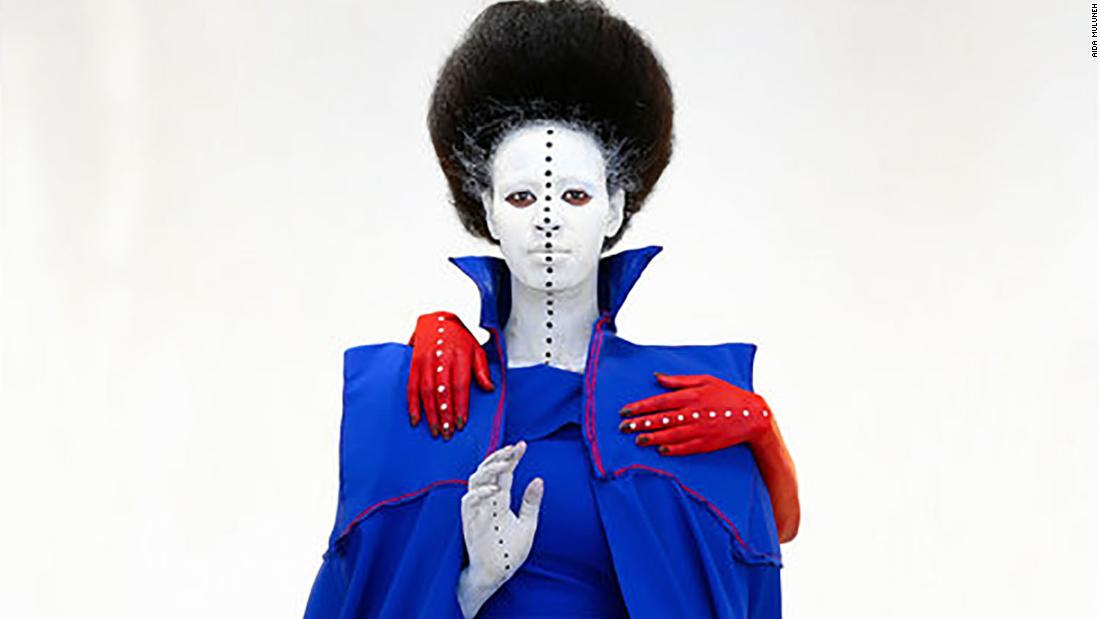 Written by By Meron Moges-Gerbi, CNN

When you look at the work of Aida Muluneh, it is clear where her passion lies: Ethiopia. The photographer tells the story of Ethiopia long before it started this year. The country has undergone a huge change in 2018, the bulk of which is due to the election of the new 41-year-old Prime Minister Abiy Ahmed, one of the most progressive leaders in the history of the country.

Muluneh's work has received international attention and her photographs have been exhibited at the MoMA, at the Aga Khan Museum in Toronto and at the largest European photography festival in Baden, Austria.

Muluneh was born in Ethiopia, a child of the Diaspora. As a youth she lived in Yemen, England and Cyprus before eventually ending up in Canada. Her education brought her to the United States, where she graduated from Howard University in Washington DC. Later she became a photojournalist at the Washington Post, before eventually moving to Addis Ababa, the capital of Ethiopia, in 2000.

"My work often starts with a sketch and I approach each image as a film production in which the character, set design , lighting and styling come together, "she said in an e-mail interview. "I use facial painting as a form in which inspiration is driven by body decoration, not only in my country, but also in different parts of the world." I am deeply influenced by different traditional cultures, so in a way I bring the past through different forms in the future. "

In 2010 she founded Desta for Africa Creative Consulting, a private company dedicated to educating and developing of society through art in Ethiopia. The organization is at the helm Addis Foto Fest, a photography festival with international photographers.

Muluneh is also part of a larger movement; organizations such as the Center for Photography in Ethiopia are working on providing training platforms for Ethiopian photographers, as well as creating a better story from Ethiopia.

"The main challenges facing photographers on our continent are the lack of adequate and sufficient institutions that help learn photography to compete African photographers on the international market," she said. "I think our focus should be on developing a visual language that offers a balanced perspective on Africa, but this can not be achieved before we build our own institutions and platforms to share these perspective images."

Below, Muluneh describes part of her work from the series "The World is 9", which was exhibited for the first time in the David Krut projects in New York, but has remained international at various exhibitions.

" Ethiopia has a long history with Christianity (older than Europe), Islam (the first country that accepted Muslims) and Judaism (the union of King Solomon and Sheba who established the empire with the birth of Menelik). All these religions exist Still the country to varying degrees, and I wanted to create a piece in dialogue with both paintings that you find in orthodox churches and with images of Haile Selassie, which was often placed in paintings with a sphere (symbolizing the world) in one hand, and in the other hand make a gesture with three fingers, symbolizing the Holy Trinity. A similar pose can also be found in Buddhist imagery. "With that said, this piece in a sense relates to faith and spirituality . "

" This is a piece about two types of women: the one who wants to get married and the one who is married off without wanting to be married. For many women in this country there is pressure from families to get married and have children. It is interesting for me that as we move closer to the modernity in this country, the dragging of war exists with women who still want to follow their careers and at the same time want to have a family.

"I spent three years working on a book project on prominent women in Ethiopia, called" Temsalet: Phenomenal Ethiopian women, "in which I included 63 portraits of women from all walks of life who took an important Contribution to the progress of our people realized that a majority of these extremely ambitious and successful women were usually divorced, or never married, and I started to ask the question: Why can not a woman follow her dreams and have a family life? & # 39; Hence the title is a play of the homonyms of & # 39; tomorrow & # 39 ;, meaning early, and & # 39; grieving & # 39; of sorrow or regret. "

"The following pieces were all shot in Leghar (La Gare), the historic Addis Ababa train station built in collaboration with the French government, and that connected Ethiopia with Djibouti.

"This image was shot in one of the cars of the passenger that was still parked on the tracks The circle logo you see is the combination of the Emperors logo and the French company that Much of this image relates to the departure from the past, from a 2000-year history that was erased by the communist era, but still lingers, battered, rusted and dysfunctional, and is also a symbol of my personal departure from Ethiopia as a young child, leaving me a familiar place in a strange place.

"Until recently, you could still find the railway carriages of the Emperor Menelik and Haile Selassie at the station (whose train was donated by Queen Elizabeth II) The train station is for me a piece of our history that we often forget, as a nation that twice defeated the colonial invasion to mark us as the only African after to maintain its independence from Europe. "

" In the In the past decade of life in Ethiopia, and during the organization of the Addis Photo Fest, I have come across many archival images of Ethiopia. Although not unique to Ethiopia, I have often found so much elegance and prestige from the people who look at the camera – from a time that has taken a long time. One of the most impressive things for me was how royal they looked, how their afros were so perfect and beautiful. This piece reminds me of that period, which is filled with pride, history, culture and dignity. "

The exhibition is currently at the MoMA until 19 August 2018.
] The largest European photography festival can be seen in Baden, Austria until September 2018. [19659030] Aga Khan Aga Khan Museum in Toronto [zal] show the work of Muluneh until early September 2018