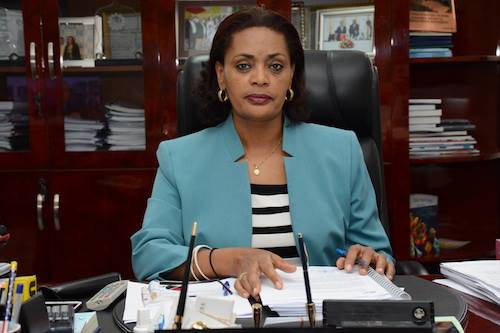 Azeb Asnake (photo), who is the executive director of Ethiopian electricity, is removed from her position, according to a report from government media.

It is unclear why she is removed from her position.

Azeb was named the 2017 POWER-GEN Woman of the Year.

There has been a rumor in the social media lately that it would be removed in connection with an alleged allegation of corruption, but no fact-based report has yet been published.

Fana Broadcasting (FB) reported that the chairman of the council of Ethiopian electricity wrote an appointment letter to Dr. Abrahm Belay, who takes over the management of engineer Azeb Asnake.

On the basis of the report, the new Executive Director worked as a Cyber ​​Technology engineer within the intelligence department of Ethiopia, the National Intelligence Service and the Security Agency.