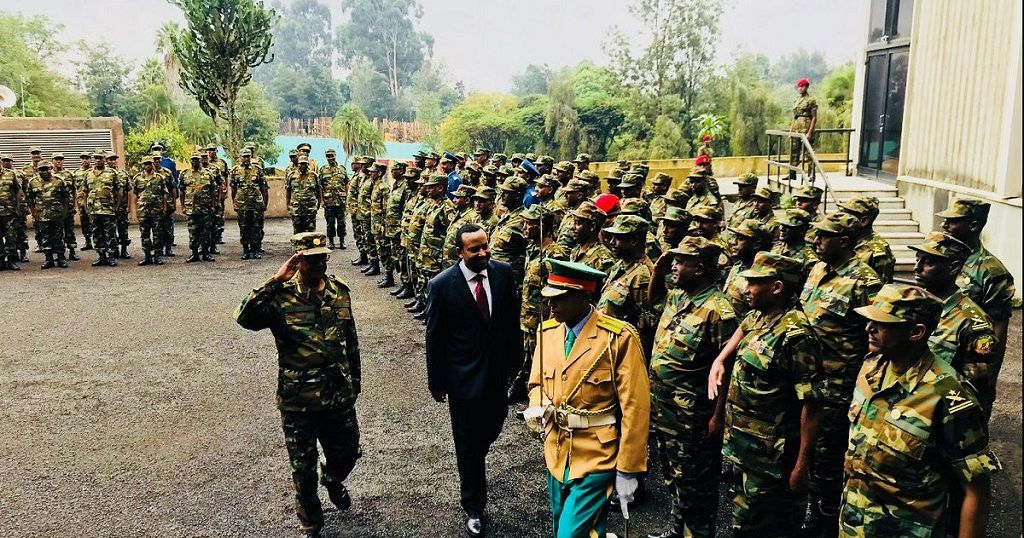 The Ethiopian Prime Minister Abiy Ahmed spoke about the security situation in the country and stressed that lawlessness would not be tolerated.

His remarks come at a time when there is growing concern about issues of internal insecurity that led to killing, destruction of property and massive displacement.

The Prime Minister stressed that since the rule of law is the glue and foundation that keeps our society together, the government will not tolerate the increasing tendency to ignore the law, & # 39; his chief of staff Fitsum Arega wrote on Twitter.

More than ever, our law enforcement agencies must show their loyalty to the constitution by calling on chaos instigators and those who ignore the law to account.

Abiy made the remarks during an event in the Defense Command College of the country. The Prime Minister was accompanied by his deputy Demeke Mekonnen and joined the event with other top government officials.

"Respect for the law implies the recognition that only the state has exclusive controlling power, and more than ever our law enforcement agencies must show their allegiance to the constitution by calling on chaos instigators and those who ignore the law to account." Arega added.

Despite the fact that Ethiopia has been on its way to massive democratic reforms since its inception since April 2018, the biggest challenge for Abiy was the deterioration of internal security.

Human Rights Watch ( HRW ) in a recent report noted that insecurity around the country threatened the reforms for which Abiy has earned praise at home and abroad.

" The political and ethnic dynamics surrounding these recent events murders show that, despite reforms and an improved rhetoric about human rights of the federal government, insecurity is still a problem – especially when Liyu police roam uncontrollably.

"Bringing perpetrators quickly to court is the only way to not only deter the violence, but also to signal to Ethiopians that the country will change forever," the statement added