HRW calls for research in the Somali region of Ethiopia 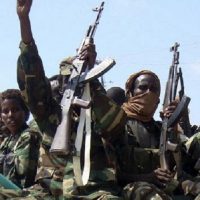 The progress of Ethiopia under Prime Minister Abiy Ahmed has gone impressively fast, but a more transparent, democratic and peaceful nation is not the reality in the ethnic Somali region of Ethiopia. That must change in the eastern region of the country, said the Human Rights Watch NGO Monday.

"To break with the past, the Ethiopian government must provide justice for more than a decade of gruesome abuses in the Somali region," said Maria Burnett, East and Horn of Africa, director of Human Rights Watch. "The reform agenda of Prime Minister Abiy Ahmed should include that those responsible for serious human rights violations, however powerful, no longer avoid justice."

Both Aby's own Oromo group and the much smaller ethnic Somali populations, as well as their political organizations, were members of the former Ethiopian regime. A new attack earlier this month led Abdi Mohamed Omar, the iron fist regional leader of the Somali region, to resign after years of human rights charges.

Another 40 people died about 10 days ago in an East-Oromia village attacked from the Somali region.

The legacy of a decade of abuses, whether they come from Ethiopian troops or the infamous Liyu police, has left its marks. HRW calls for research from Abdi, as well as the current Liyu chief Abdirahman Abdillahi Burale. The paramilitary force formed in 2007 has been involved in extrajudicial executions, torture, rape and violence against people in the Somali region.

"The federal government is not allowed to sweep abuses of such magnitude and nature under the carpet in the name of political expediency," Burnett said. "Now it's time for the federal government's long-standing commitment and complicity to end widespread abuses in the Somali region and to start accountability."